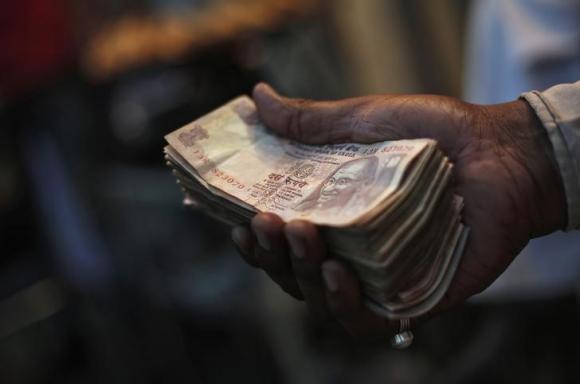 A street side restaurant owner holds a bundle of rupee notes as he sits outside his restaurant in New Delhi November 22, 2013.

Racket was exposed after the ED-Mumbai found out around Rs 1,000 crore parked in bank accounts of five-seven export houses of north India. Accounts are with nationalized banks in Mumbai and in name of export houses owned by entities based in Iran and adjacent region.

Export houses, however, have hardly done any physical business during their year-long existence, ED sources told TOI on Friday.

Teams of Mumbai and Indore are also probing links of suspected money laundering racket in major cities of Central India, including Indore. Detailed investigation into the matter has revealed that money came into the bank accounts of the export houses from Iran and neigbouring Central Asian nations like Azerbaijan.