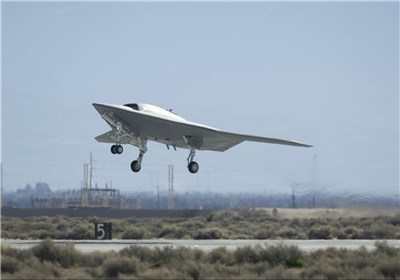 Speaking at a cultural ceremony in Tehran on Saturday, Brigadier General Amir Ali Hajizadeh said the flight range of the pilotless aircraft to such a long distance is seen as a “major self-sufficiency in the defense industry.”

His comments came after the Iranian version of the US advanced RQ-170 drone, reverse engineered and manufactures by the IRGC experts, made maiden flight earlier this month.

On December 4, 2011, an American Lockheed Martin RQ-170 sentinel drone was captured by Iranian forces near the city of Kashmar in northeastern Iran. The drone was brought down by the Iranian Armed Forces’ electronic warfare unit which commandeered the aircraft and safely landed it.

Elsewhere in his comments, Hajizadeh said Iran’s capabilities are so developed that have forced the world powers to opt for negotiation over Tehran’s peaceful nuclear program.

“Today, our capabilities are so significant and strategic that have forced the enemies to negotiate, but the more important factor has been the Iranian nation’s resistance to the enemies’ bullying and excessive demands,” he noted.

The commander also pointed to Iran’s support for the anti-Israeli resistance movement, saying, “Today, a crisscross pattern of fire by the fighters of Gaza and Hezbollah has been created over Tel Aviv with the Islamic Republic of Iran’s backing.”

The Israeli regime is unable to withstand the resistance front and is doomed to failure, the top officer stated.

Hajizadeh had announced earlier that Iran has built missile-producing factories in Syria to strengthen resistance movement in the region.

“At present, Syria’s missile-producing factories have been made by Iran, and missiles of Iranian design are being manufactured there,” he explained.

Moreover, Deputy Secretary General of Lebanese Hezbollah Movement Sheikh Naim Qassem has also admitted that the missiles with pinpoint accuracy, whose technology has been provided to Hezbollah by Iran, are the “real deterrent factor” in confrontation with Israel.

“They (Israelis) are well aware that Hezbollah is in possession of missiles with pinpoint accuracy, and thanks to the equipment Hezbollah acquired, and with the Islamic Republic’s support and Hezbollah’s readiness for any future war, this war will be much tougher for the Israelis,” Sheikh Qassem had told Tasnim.