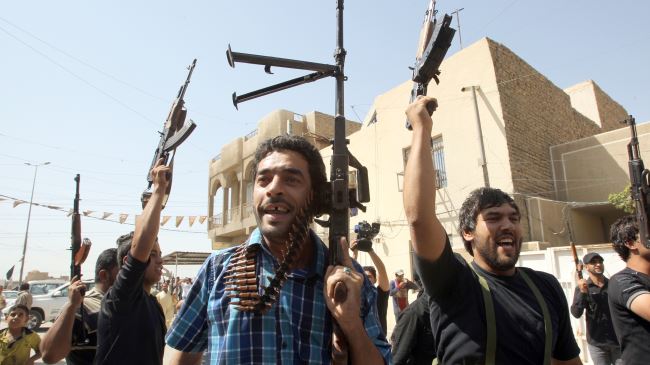 Volunteer forces have become a major part of the Iraqi forces fighting terrorist groups, Ghabban said at a press conference in the Iraqi capital Baghdad on Friday.

“One of the most important reasons behind our victories on the ground was the presence of the volunteer forces who joined the army to defend their country,” Ghabban added.

He went on to say that the volunteer forces were formed in response to a call by Iraq’s top Shia cleric, Grand Ayatollah Ali al-Sistani.

On June 13, Ayatollah Sistani issued a religious decree calling on people to take up arms and defend their country against the Takfiri militants.

In August, Ayatollah Sistani called on all Iraqis again to fight ISIL militants, stressing that defending Iraq against the terrorist groups is a “big honor.”

Many analysts believe that without the help of the volunteers, the Iraqi army would not have been able to fight and defeat the ISIL Takfiri group in many areas.

The Iraqi army has so far managed to make numerous gains in the fight against the ISIL militants, pledging to continue the battle against the extremist group.