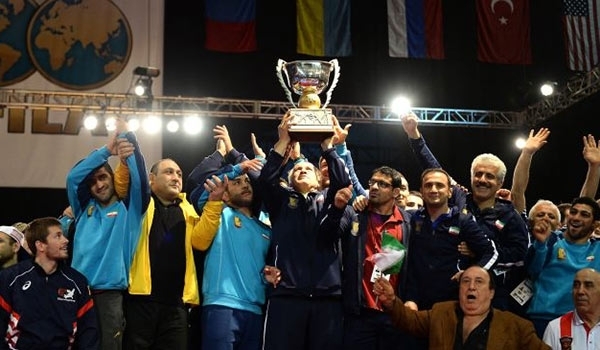 TEHRAN (FNA)- Iranian freestyle wresting team of Razi Insurance defeated the US Titan Mercury team 6-2 in the final match of the first edition of the World Freestyle Wrestling Clubs Cup and won the title of the competitions.

In the tournament, which started on Thursday in Iran’s Northern city of Jouybar, Razi Insurance ranked first after deafening the American Titan Mercury on Friday.

Another Iranian team stood in the third place.