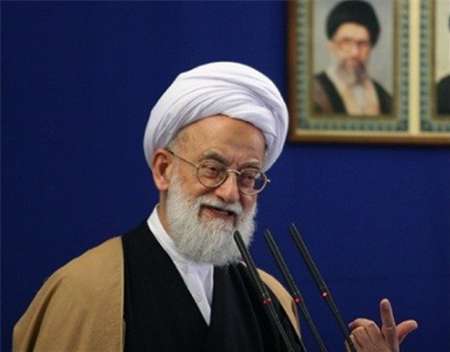 Iran’s nuclear negotiators, under fire from the Revolutionary Guards and hardline critics earlier this week, received more backing from the Supreme Leader on Friday.

The Guards and hardline outlets had challenged the negotiators as weak, failing to defend the Islamic Republic’s interests, after the latest talks between Iran and the 5+1 Powers failed to conclude a comprehensive agreement on Monday. Instead, the two sides extended an interim agreement over the Iranian nuclear program to July 1.

However, the Supreme Leader used a Thursday speech to assure, “Iran’s nuclear delegation is truly diligent and serious,” and the Tehran Friday Prayer maintained the backing of the team, led by Foreign Minister Mohammad Javad Zarif and Deputy Foreign Minister Abbas Araqchi.

Ayatollah Mohammad Emami Kashani said the negotiators had led the world to recognize that the Islamic Republic does not seek nuclear arms, “They have come to realize what our logic is. Our logic is that nuclear weapons are haram [religiously forbidden].”

Fars News, the outlet of the Revolutionary Guards, pulled back from the challenge to the Rouhani Government on Friday. Instead, it features the comments of MP Hossein Sobhaninia, after a 45-minute closed-door session in Parliament with Foreign Minister Zarif, emphasizing the support for the negotiators.