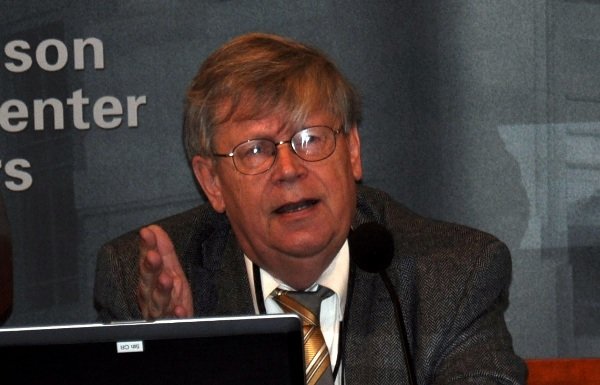 Extension of N-talks has no winner or loser: Olli Heinonen

TEHRAN, Nov. 29 (MNA) – Former Deputy Director-General for Safeguards at the IAEA pointed out that extension of nuclear negotiations did not have any winner or loser at this stage, adding that 5+1 has to revisit nuclear sanctions regime, and find ways to synchronize lifting of them as Iran proceeds verifiably with its share.

“There are two major policy decisions ahead to bring all this to a positive result. Iran has to rethink its nuclear energy policy and develop its nuclear program further to meet its actual needs,” he asserted, adding that “this means substantial reduction on uranium enrichment and looking partners for more advanced nuclear reactors, access to technology and assurances for the supply of nuclear fuel.”

Harvard professor said, like many countries in Europe or Asia, Iran has limited domestic uranium resources. Thus uranium enrichment is not the bottleneck for the building of the nuclear power program. At the same time, the 5+1 has to revisit nuclear sanctions regime and find ways to synchronize lifting of them as Iran proceeds verifiably with its share.

Asked whether the extension of negotiations is considered a success for the two sides, he responded that “I do not see, at this stage, any winners or losers. It is now time to concentrate on bringing this saga to an end in such a way that it also reduces tensions in the Middle East, and reinforces the nuclear non-proliferation regime.”

Olli Heinonen is a senior fellow at Harvard University. Previously, he was the Deputy Director-General for Safeguards at the International Atomic Energy Agency.