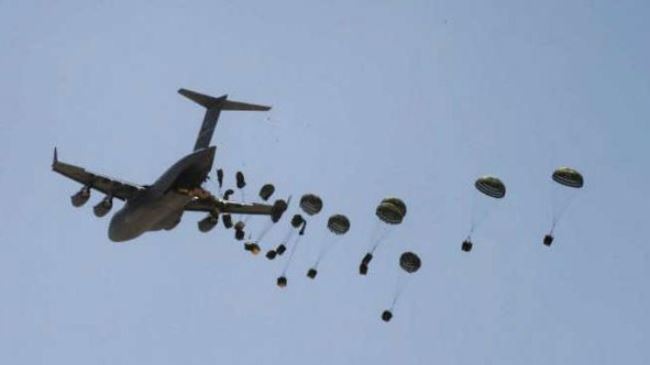 US may be helping ISIL terrorists in Iraq: Officials

Iraqi officials say that the US-led coalition against ISIL Takfiri terrorists may have intentionally dropped arms for the militant group, Press TV reports.

“The airstrikes cannot defeat ISIL and liberate the cities. We hear that in some places the warplanes drop weapons for ISIL… What we know is that the victories achieved on the ground are done by the Iraqi army and volunteers,” Iraqi State of Law Coalition MP Hanan Fatlawi told the Press TV correspondent in Baghdad.

On October 22, the US admitted that one of the weapon airdrops intended for Kurds fighting in the Syrian town of Kobani was almost certainly intercepted by ISIL terrorists.

“The presence of the international advisers in such huge numbers is not necessary. We are in a war and this is not the time for training, it’s the time for fighting. I think this is an effort by the US to come back to Iraq,” Fatlawi added.

Washington has launched hundreds of airstrikes against the ISIL militants in Iraq and Syria, which analysts regard as part of the US attempts to gradually spread its influence in Iraq.

The Takfiri militants have been carrying out horrific acts of violence, including public decapitations and crucifixions, against all Syrian and Iraqi communities such as Shias, Sunnis, Kurds, Christians and Izadi Kurds.