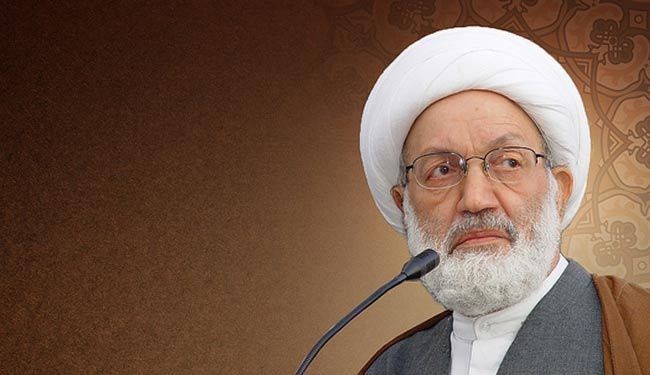 “Security forces of Al Khalifa regime have invaded the house of Ayatollah Sheikh Isa Qassem, the leader of the Bahraini Shiite Muslims, according to news dispatches, illegally entered it and inflicted heavy damages in his house, in addition to horrifying his family members,” read the communiqué.

It added that such ugly and wild behavior is of course expected from a regime that had throughout the past few years shamelessly invaded dozens of mosques and Hosseiniyehs, arrested and tortured thousands of innocent Bahraini citizens and martyred many of them.

“Such an invasion for the 2nd time shows the peak of helplessness and bankruptcy of Al Khalifa regime, especially after people’s turning their backs to the recent parliamentary elections in that country and the continuation of the people’s wide-scale protests aimed at materializing their denied spiritual, political, and social rights,” it added.

The Bahraini regime’s move was made after an independent group’s referendum four days ago indicated that 99.1% of Bahraini citizens demand the right to decide their own political fate after electing a new political system.