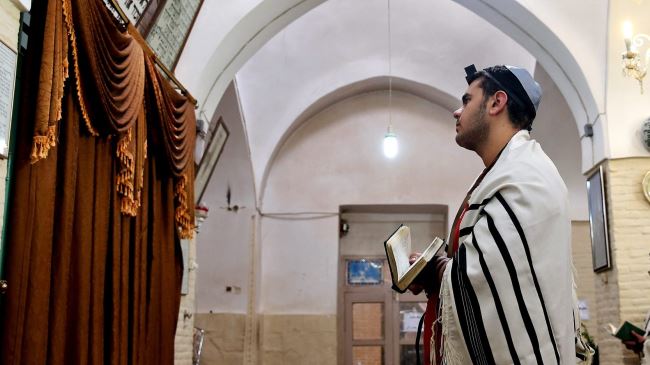 Jews from across Iran gather in Yazd for rituals

Thousands of Jewish families from all over Iran have convened in the central Iranian city of Yazd to perform a special pilgrimage, Press TV reports.

The Jewish families gathered at the Molla Agha Baba Synagogue, which was built more than a hundred years ago, to perform their prayers early in the morning on November 20. They shed tears and prayed for their wishes to come true.

“Here is one of the holy sites that we see one of the biggest number of pilgrims,” Sanaz Toubian, a Jewish pilgrim, said.

“We perform our rituals here and offer our charities,” she added.

The leader of Iranian Jews, Rabbi Yousef Hamadani Cohen, passed away in the Iranian capital, Tehran, late in March. Mashallah Golestani Nejad replaced him as the chief rabbi.

They are also represented in Iran’s parliament (Majlis).