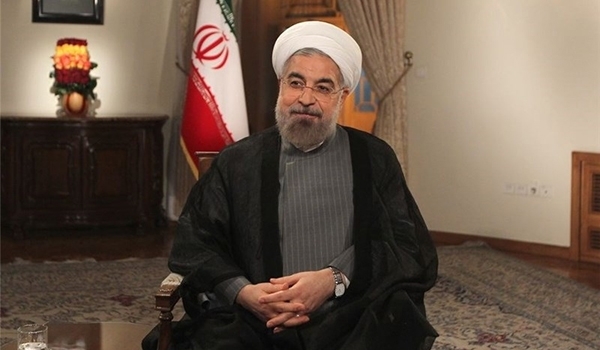 TEHRAN (FNA)- Iranian President Hassan Rouhani underlined that the Group 5+1 (the US, Russia, China, Britain and France and Germany) have come to the conclusion that sanctions and pressures cannot halt Iran’s progress in various fields, including the nuclear technology.

“There is no doubt in the continued operation of Iran’s nuclear technology and installations and today, the negotiating sides are of this belief that pressures and sanctions against Iran don’t yield any fruit,” Rouhani said in an interview with the state-run TV on Monday night.

Stressing that negotiations will lead to the final deal, he said, “The centrifuges will never stop operation and people will have a better life.”

Rouhani underlined that the nuclear talks will continue until reaching a final deal with the world powers, and added, “Iran’s logic is based on negotiation and dialogue.”

His remarks came after Iran and the six world powers broke off negotiations on Monday and decided to meet again in the next 7 months after missing a deadline to clinch a final deal to resolve their 12-year standoff over Tehran’s nuclear program.

Iranian Foreign Minister Mohammad Javad Zarif and EU coordinator Catherine Ashton announced last night that the talks had been extended until July 10, and the world powers had taken up to release $700 million of Iran’s frozen assets on a monthly basis.

The 10th and last round of negotiations between Iran and six world powers was held in Vienna.