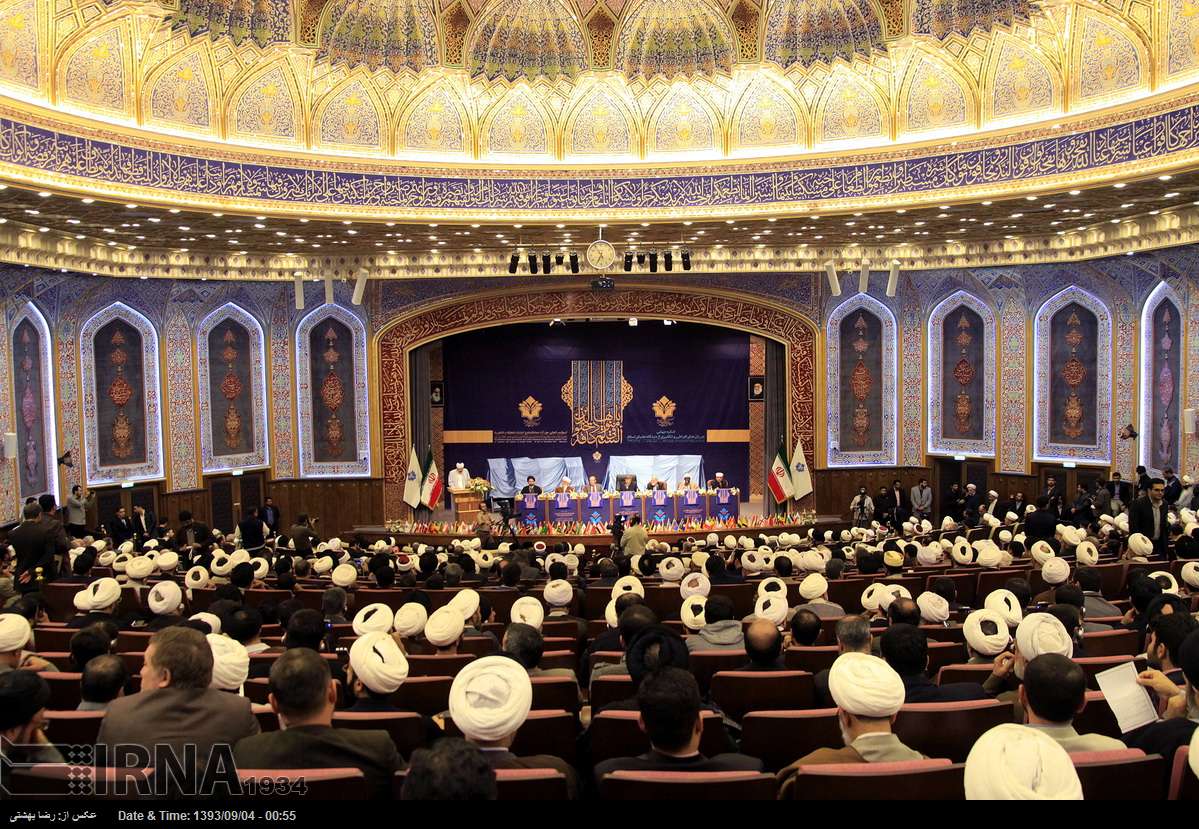 QOM (Tasnim) – Muslim scholars from around the world stressed the need to adopt a firm stance on the issue of extremism as the second day of an international conference on dangers of Takfirism (extremism) was held in Iran’s central holy city of Qom.

The international conference on Monday focused on a whole range of issues, including Muslim scholars’ duty to answer religious questions, highlight the commonalities among Islamic sects, boost tolerance, adopt a strong stance on deviant and extremist movements and promote practical unity among Muslims.

In their speeches during the conference, a number Islamic clerics from Iran, Afghanistan and some other countries emphasized the necessity to create empathy among Muslims and resolve disputes.

The Muslim scholars announced that recent Takfiri currents, who massacre people in the name of Islam, have absolutely nothing to do with the true Islam.

The gathering attended by scholars from 83 countries was held with the aim of countering Takfiri groups and calling for peace, friendship, brotherhood and interaction among various Islamic sects.

The conference also aimed to shed light on the West’s plots against Islam given the westerners’ support for Takfiri groups.