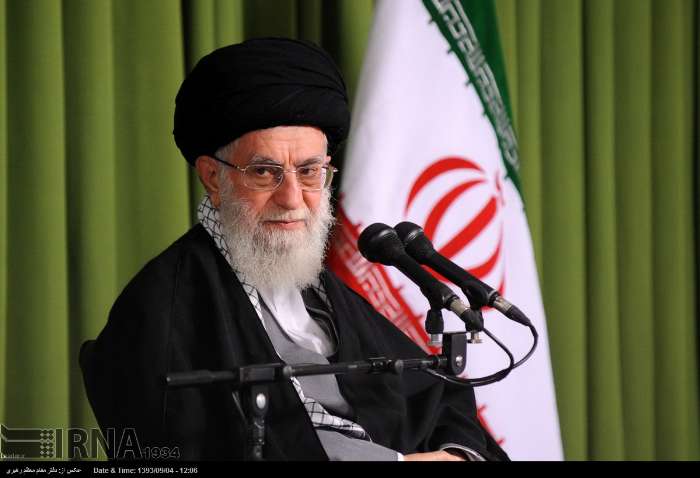 Leader of the Islamic Revolution Ayatollah Seyyed Ali Khamenei says the US and its European allies joined hands to bring the Iranian nation to its knees over the nuclear issue, but failed to do so.

We do not intend to use the whole period of extended 7 months for negotiations, but to reach comprehensive final agreement within the shortest possible time, Iran’s Foreign Minister Mohammad Javad Zarif said here Monday night.

Iranian President Hassan Rouhani underlined that the Group 5+1 (the US, Russia, China, Britain and France and Germany) have come to the conclusion that sanctions and pressures cannot halt Iran’s progress in various fields, including the nuclear technology.

Governor of the Central Bank of Iran Valiollah Seif said the US dollar rate in the next year budget bill has been projected at 28500 rials but the figure is not final.

Iranian N. negotiator upbeat about continuation of talks with powers

Member of Iran’s negotiating team Majid Takht Ravanchi said that Tehran is determined to continue nuclear talks with the six major world powers to cut a final deal before the new deadline, in July, 2015.

Iran would receive the remaining $4.2bln of its frozen assets, which was agreed in the Joint Plan of Action (JPA) cut by the country and the six major world powers in November 24, 2013.

The Iranian Foreign Minister stated that the Iranian nuclear agreement would lead to the country’s enrichment program.

Supreme Leader of the Islamic Revolution Ayatollah Seyed Ali Khamenei described the ISIL terrorist group as just a branch of the Takfiri stream which has troubled the region, and said ISIL is serving the US and Israel’s interests.

Development budget to rise by 20%

Iran is to increase the budget for development projects in the next Iranian year (starting March 21, 2015) by 20 percent compared with the current year, a senior government official said on Monday.

N-deal possible in days if political will exists: Araqchi

Deputy Foreign Minister Abbas Araqchi referred to the seven-day nuclear talks as ‘good’ stressing that comprehensive agreement with G5+1 can be reached within days if there is necessary political will.