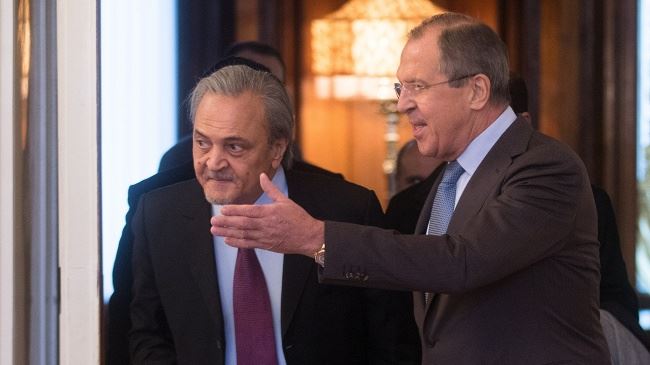 Russia and Saudi Arabia have reportedly agreed to form a working team to fight terrorist groups operating in the Middle East.

The agreement was reached during a meeting between Russian Foreign Minister Sergei Lavrov and his Saudi counterpart Prince Saud al-Faisal on Friday.

“We appreciate regular contacts at the political level, where we may reach accord in analyzing the unrest in the Middle East and discuss development of bilateral contacts,” Lavrov said.

He further said that both Moscow and Riyadh “are interested in overcoming disputes inside the Islamic world, with which Russia has been cooperating closely for years.”

The top Russian diplomat said that, during the meeting, they also discussed Iran’s nuclear energy program as well as the situation in Syria, Iraq, and Libya.

The two sides reportedly agreed on Moscow playing an effective role in holding the Geneva 3 conference, which would include negotiations between the Syrian government and opposition groups to help put an end to the conflict in the Arab country.

Saudi Arabia — along with Qatar and Turkey — is widely believed to be one of the main supporters of the militants operating inside Syria.

Syria has been gripped by deadly crisis since 2011.