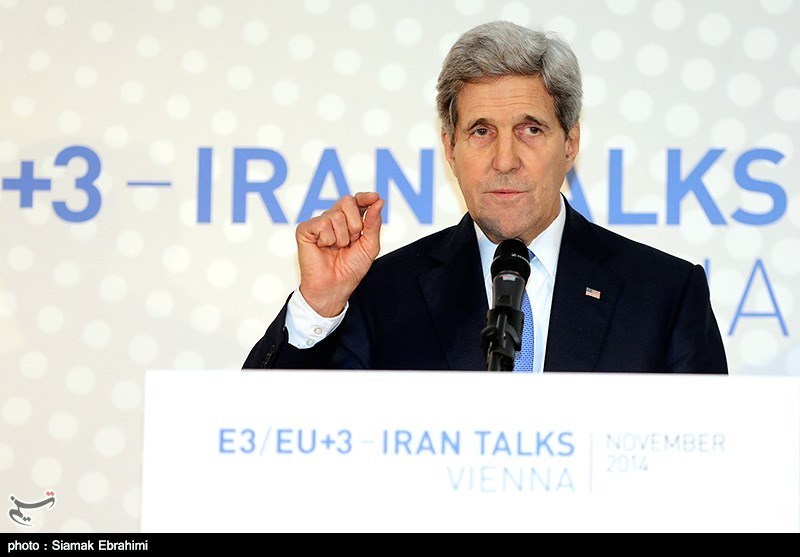 Kerry: Progress made in Iran negotiations, but future talks to be tough

There are still significant points of disagreement on Iranian nuclear issue and they have to be worked through, US Secretary of State Kerry said Monday.

VIENNA, November 24 (Sputnik) — Despite progress achieved in nuclear talks with Iran, the future negotiations are not going to be easy, US Secretary of State John Kerry said Monday.

“In these last days in Vienna we have made real and substantial progress and we have seen new ideas surface,” the top US diplomat said.

“At this point we have developed a clear understanding what that kind of deal could look like. But there are still significant points of disagreement and they have to be worked through,” he continued.

“These talks are not going to get easier just because we extend them. They’re tough. They’ve been tough. And they’re going to stay tough,” Kerry said.

The final round of the talks between Tehran and the P5+1 group began on November 18 in Vienna. Russia, the United States, United Kingdom, France, China and Germany were expected to sign a comprehensive long-term deal with Iran by November 24.

The negotiations on the Iran nuclear deal, however, were extended for additional seven months with the sides aiming at finishing the political agreement within four months, according to Kerry.

The P5+1 group of six world powers joined diplomatic efforts in 2006 following western countries’ suspicion that Iran was trying to build a nuclear weapon. Tehran, in turn, has repeatedly stated that its nuclear program is peaceful and that the country would not give up on it.