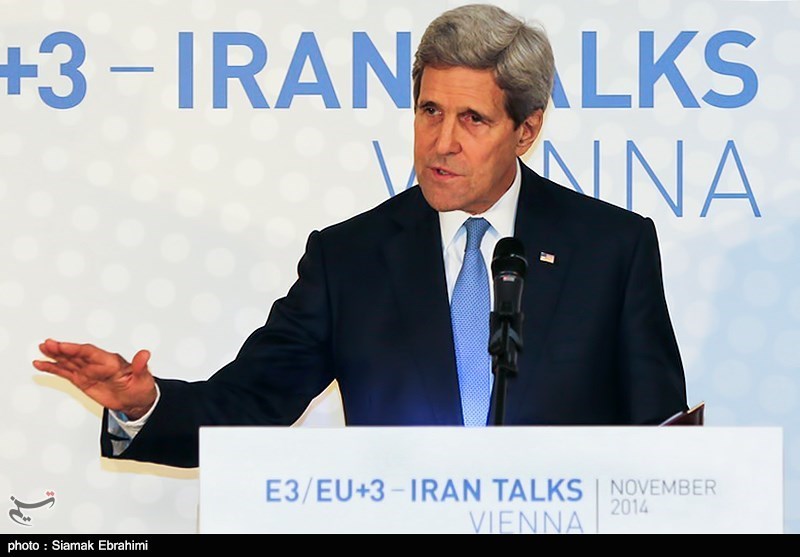 Kerry: No sanctions relief for Iran until questions on nuclear issue remain

Sanctions imposed by the US on Iran will not be terminated until questions remain on Tehran’s nuclear program, US Secretary of State Kerry said Monday.

VIENNA, November 24 (Sputnik) – The United States is willing to lift its sanctions against Iran, but they will remain in place until the Islamic Republic answers the global community’s questions about its nuclear program, US Secretary of State John Kerry said Monday.”We want to terminate the sanctions… We want the people of Iran to get the economic relief they seek,” the top US diplomat said.

“But the world still has serious questions about Iran’s nuclear program,” he continued. “And for the sanctions to be terminated we need Iran to take steps to answer those questions, that’s the bottom line.”

“The interim agreement was not violated, Iran has hold up its end of the bargain, and the sanctions regime has remained intact,” Kerry added.

During a breakthrough Geneva meeting in November 2013, the P5+1 group struck an interim agreement with Iran, which in particular outlined a limited sanctions relief. In exchange Iran vowed to restrict its nuclear activities.