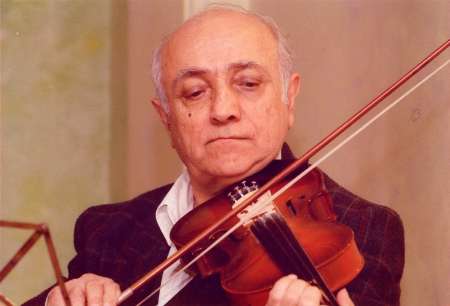 1st nat’l award ceremony of Homayoun Khorram to be held

Tehran, Nov 24, IRNA – The 1st national award of Homayoun Khorram will be held concurrent with the noted musician’s death anniversary.

The contest is being organized with the cooperation of the Islamic Guidance and Culture Ministry and Rad Noandish Company for figures under the age of 20.

The solo and ensemble works can be submitted as a video file to www.radnoandish.com. The selected ones will be staged in Tehran’s Vahdat hall on a day close to Khorram’s death anniversary which falls on January 17. Each individual can only send one piece of work.

This year, the submitted works should be chosen from Khorram’s compositions, however during the next editions, works of other musicians will also be added.

The renowned musician died in January 2013 after years of suffering from colon cancer in Tehran’s Dey Hospital.

Born in 1930 in the southern city of Boushehr, Khorram began learning the violin when he was 10 and was taught by prominent musician Abolhasan Saba.

His talent was soon recognized, as he entered the State National Radio Orchestra as a violin soloist while he was only 14.

At the age of 21, he began his career as a leading composer of the National Radio. He also continued his academic education and received a university degree in electrical engineering.