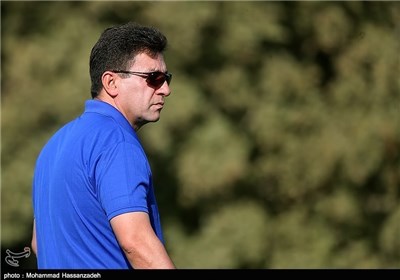 TEHRAN (Tasnim) – Esteghlal of Tehran coach Amir Ghalenoei criticized the referee for not awarding a penalty to its team in the match against Persepolis in Tehran derby.

Esteghlal football team lost to its arch-rival Persepolis 2-1 on Sunday at the Azadi Stadium.

“The referee (Yadollah Jahanbazi) should have awarded us a penalty when Mohsen Bengar made a foul on Hashem Beikzadeh. He had to show a red card to Persepolis defender as well,” Esteghlal coach Amir Ghalenoei said in the post match news conference.

“I think it was a clear penalty. The refereeing decisions went against us in our previous matches,” he added.

“I congratulate Persepolis due to this victory but I believe that we could win the match,” Ghalenoei said.