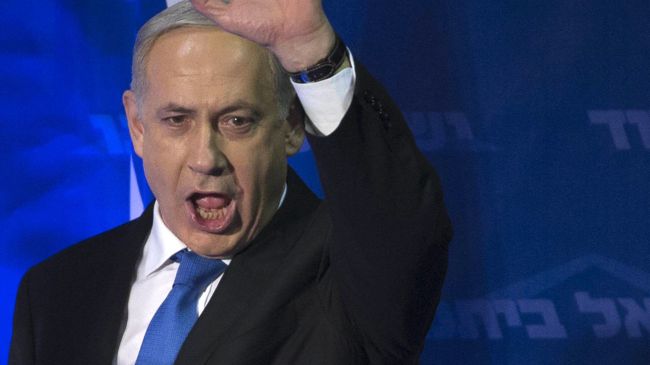 On the eve of Monday’s deadline for an accord between the world powers and Iran over Teheran’s nuclear program, Prime Minister Binyamin Netanyahu reiterated that Israel would always reserve the right to defend itself, by itself.

Israel, he said in an interview on ABC’s This Week, “will always reserve the right to defend itself against any threat with its own power.”

Netanyahu defined as a “bad deal” any agreement “that would allow Iran to remain with thousands of centrifuges which it could use to enrich uranium, which you need for a nuclear bomb, in a short period of time.”

Netanyahu said the “key principle” is to not dismantle sanctions before Iran’s capacity to make a nuclear bomb is dismantled.

“As I understand it,” he said, “the Iranians are nowhere near accepting that. And if, for any reason, the United States and the other powers agree to leave Iran with that capacity to breakout, I think that would be a historic mistake.”

Earlier in the day, at the weekly cabinet meeting, Netanyahu repeated what he has been saying for months: that no nuclear deal with Iran is preferable to a bad deal that will endanger Israel, the Middle East and the entire world.

Netanyahu said Israel was carefully following the negotiations in Vienna, and was in close contact with the representatives of the P5+1 – the US, Russia, China, Britain, France and Germany – negotiating with the Iranians. He said that US Secretary of State John Kerry briefed him Saturday night on the talks.

The prime minister said that Israel was making clear its position to the world powers that Iran must not be allowed to be recognized as a nuclear threshold power. “There is no reason that it be allowed to keep thousands of centrifuges that will enable it to enrich uranium for a nuclear bomb in a short time,” he said.

Netanyahu added that there was also no reason that Iran be allowed to develop intercontinental ballistic missiles that can carry a nuclear payload and threaten the entire world.

He echoed these comments during the ABC interview, asking “why in heaven’s name does Iran need intercontinental ballistic missiles, they don’t need those missiles to reach Israel, they need it to reach Europe and the United States. And the only thing you carry on intercontinental ballistic missiles are nuclear warheads. So I think the issue here is not merely Israel, but everyone, the entire war. Everyone, the entire world, nearly all the regimes in the Middle East – with the exception of the Syrian regime — understand this is a great danger.”