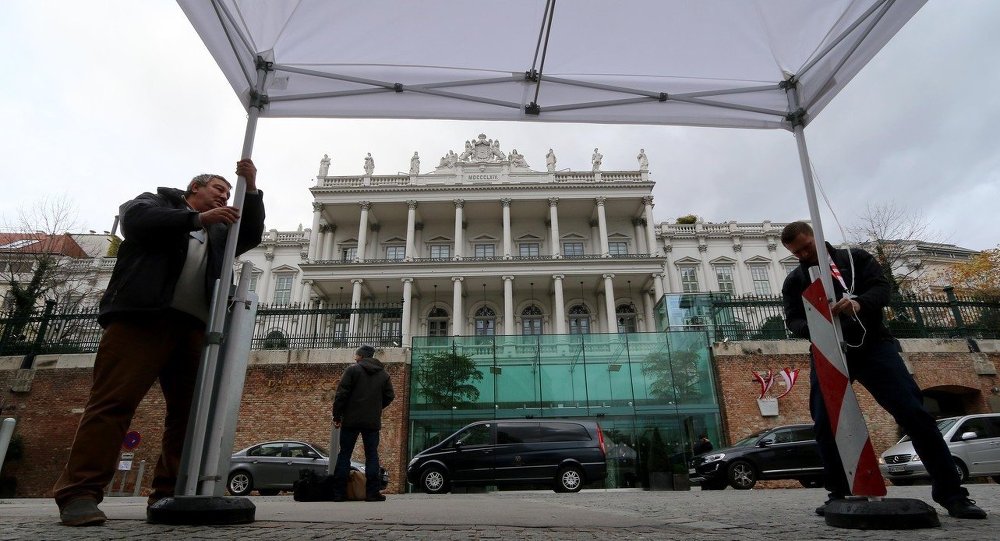 UK, French FMs to return to Vienna for talks on Iran’s nuclear issue

“UK, French Foreign Ministers will be returning to Vienna on Sunday,” the source said.

On Saturday, the ministers left Vienna for consultations. When leaving his hotel, Hammond stated that serious divergences of opinion between Tehran and international mediators still remain.

Earlier in the day, a source in the Russian delegation told RIA Novosti that Russian Foreign Minister Sergei Lavrov will be arriving in Vienna on Sunday, too.

The final round of Tehran’s talks with the group of six world powers comprising Russia, the United States, the United Kingdom, France, China, and Germany, kicked off in Vienna on Tuesday.

The deadline to reach an agreement guaranteeing a peaceful nature of Iranian nuclear program is set for November 24, 2014.

The West has accused Iran of attempting to develop nuclear weapons under the guise of a civilian nuclear program — claims Tehran has denied. During talks held in Geneva in November 2013, the P5+1 group of international mediators and Tehran agreed to reach a deal ensuring peaceful status of Iranian nuclear program by July 2014, however the deadline was later postponed to November.