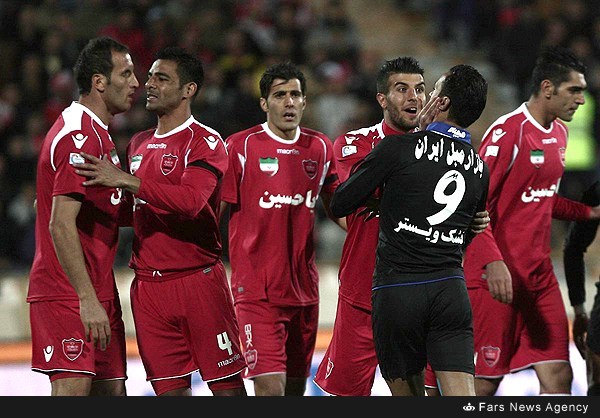 TEHRAN, Nov. 23 (MNA) – The traditional rivalry between two reds and blues of the capital has now ended with reds wining the blues 2-1.

The 79th derby match between two dominating football clubs of Tehran, Persepolis and Esteqlal was played in Azadi Stadium, when surprisingly, parts of the stadium was empty. The match was part of Iran’s Premier League 15th week.

The first blood for Esteqlal came in penultimate minute of the first half when Sajjad Shahbazzadeh scored for the blues. His goal was effective until minute 73 of the match when Mohammad Nouri scored for Persepolis to equal the result. This was not the end of the game, and in 81st minute of the match, Omid Alishah scored Persepolis second goal and removed his kit to mark his joy only to receive his second yellow card and to be dismissed by Yadollah Jahanbazi, the referee, with a red card out of the match.