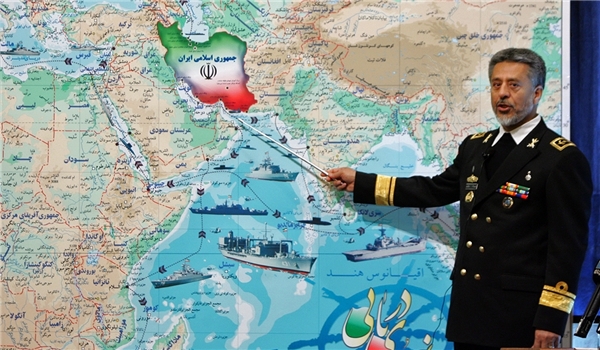 “As we have managed to produce warships and submarines, we also have the capability to build aircraft carriers and heavy submarines,” Sayyari said in an interview with the state-run news agency on Sunday.

He underlined that building aircraft carriers and heavy submarines can be started upon a relevant decision by high-ranking Iranian officials.

Elsewhere, Sayyari referred to the deployment of the Iranian naval forces in the high seas, and said, “Free waters belong to all nations and therefore, we are after extending our presence in these free waters based on our legal right.”

He said that the Iranian Navy plans to dispatch forces to the Atlantic Ocean after their successful presence in the Northern parts of the Indian Ocean and the Gulf of Aden to fight piracy in recent years.

Iran in June 2013 launched its overhauled and modernized destroyer named Bayandor in the Southern waters of the country in the presence of Army Commander Major General Ataollah Salehi and Rear Admiral Sayyari.

In May 2013, Sayyari had declared that Iran could use the destroyer to carry out missions in international waters in the future.

He said the destroyer is fitted with state-of-the-art equipment such as missile, torpedo, artillery, sonar and other information and communication systems.