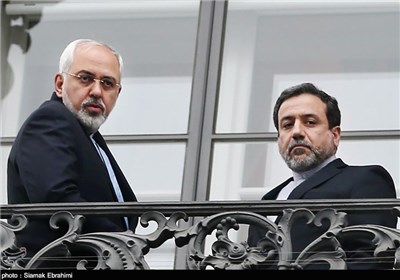 Today, Nov. 23, in Vienna, Iranian deputy foreign ministers Majid Takht Ravanchi and Seyed Abbas Araghchi are holding a bilateral meeting with the US delegation including Ashton’s deputy Helga Schmidt at 8:30 AM local time (11:00 AM Tehran time).

Also, at 10:30 AM (1:00 PM Tehran time), the two Iranian deputies will have a bilateral meeting with their Russian counterpart Sergei Ryabkov.

Heading toward a deadline tomorrow, the diplomats on both sides are seeking to strike a deal to break the deadlock in Iran’s nuclear program.

Although no official report on the recent intensive talks in Vienna has been released, a great number of reporters camping outside Palais Coburg have been broadcasting news and analyses all over the world. While some news agencies deem it impossible for the Vienna talks to bear any definite results by Nov. 24 and are debating the possibility of extension, others have talked about a general agreement about the frameworks, or the possibility of the Chinese FM to visit Vienna.

On the fifth day of Vienna negotiations, John Kerry’s correspondence with his counterparts from Canada, Bahrain, Qatar, UAE, Turkey and Israel over nuclear talks has been assessed as a positive progress by some Western analysts, and has cast doubt over the possibility of failure in reaching an agreement. These analysts believe that if the negotiations had hit a deadlock, John Kerry would not have remained in Vienna and the talks could have proceeded with other members of the US delegation such as William Burns and Wendy Sherman.

On the other hand, sources close to the Iranian negotiators are still denying any discussions on the extension of talks beyond Nov. 24, and even believe that in case of failure in reaching an agreement before the deadline, the possibility of doing so in a longer extension of time would not seem much probable.

If the negotiating parties reach a general agreement within the next few hours on the remaining issues on lifting of sanctions and the number of Iran’s centrifuges, this would rise the possibility of a final agreement between Iran and G5+1.