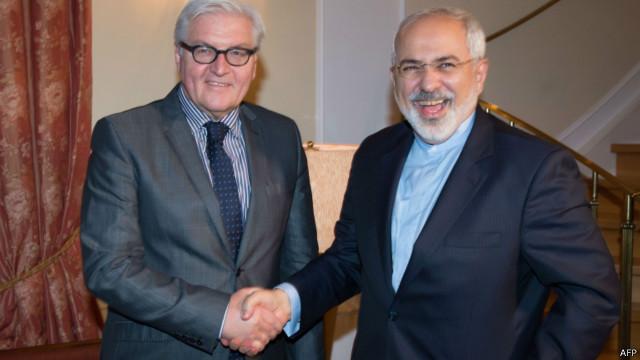 Vienna, Nov 22, IRNA – Iranian Foreign Minister Mohammad Javad Zarif and his German counterpart Frank-Walter Steinmeier held a meeting in Vienna Saturday evening to review the latest developments in the course of nuclear talks between Iran and the West.

According to IRNA correspondent in Vienna, EU coordinator Catherine Ashton is also present in the meeting.

Steinmeier arrived in Vienna earlier in the day and has already held talks with US Secretary of State John Kerry.

Speaking to reporters upon his arrival in Vienna, Steinmeier said that the most decisive juncture in the history of nuclear talks has come in the past ten years and that now there is the best chance for clinching a deal.

‘If Iran assumes that there is a tangible progress in talks, it should take action,’ he said.

At no time the two sides had been so close, he said, adding that all now have gathered to reach a deal.