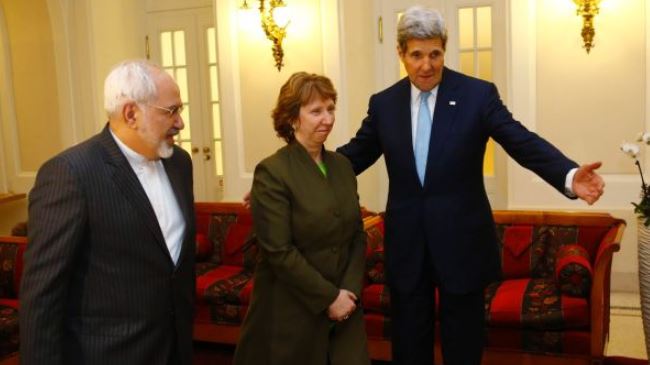 US must change attitude in Iran nuclear talks: Larijani

Iran’s Parliament Speaker Ali Larijani says the US should change its attitude toward the ongoing talks about Iran’s nuclear program so that the negotiations could bear fruit.

Larijani told reporters upon arrival in Djibouti on Friday that the Iranian team is offering proposals that the other side should take into consideration so that the two sides could reach a successful deal.

Negotiations over Iran’s nuclear program resumed for the fifth day in the Austrian capital, Vienna, on Saturday as a November 24 deadline to clinch a final accord is approaching.

On Saturday, US Secretary of State John Kerry said there were still serious gaps in talks over Iran’s nuclear work.

Iran and the P5+1 group of world powers – the US, Britain, France, Russia, China and Germany – are negotiating to work out a final deal aimed at ending the longstanding standoff over the Islamic Republic’s nuclear energy program.