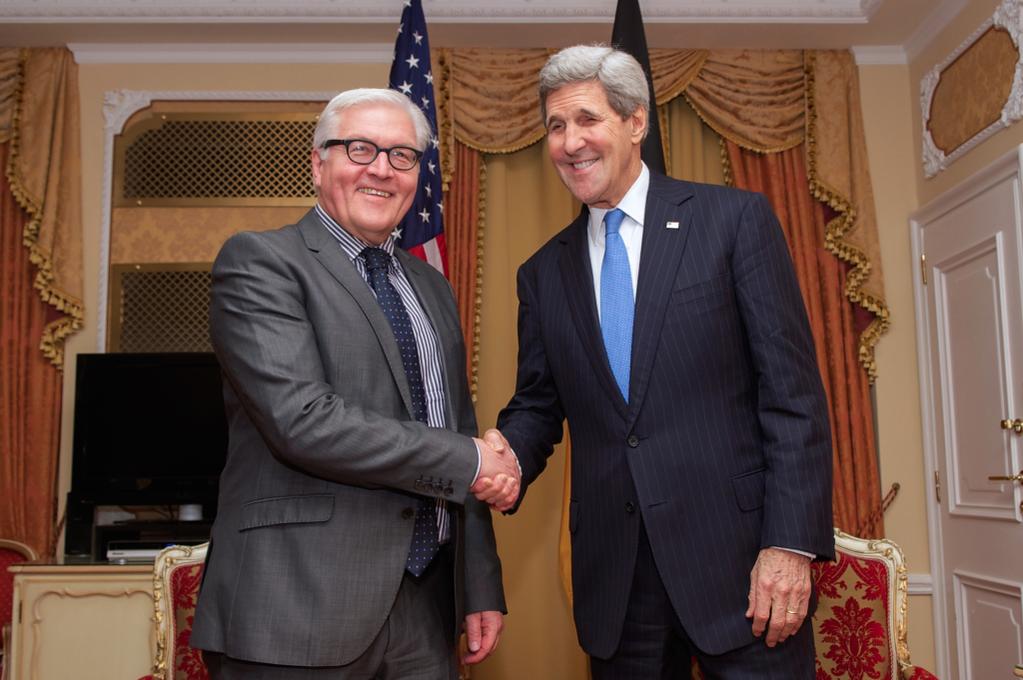 US Secretary of State John Kerry has held talks with his German counterpart Frank-Walter Steinmeier about Iran’s nuclear energy program.

On Saturday, the two officials met in the Austrian capital city of Vienna, where representatives from Iran and the five permanent members of the UN Security Council – Russia, China, France, Britain and the US – plus Germany are holding talks to work out a final deal to end the longstanding standoff over the Islamic Republic’s nuclear program before the November 24 deadline.

Prior to his meeting with Steinmeier, Kerry said “We’re working hard,” adding, “We hope we’re making careful progress, but we have big gaps, we still have some serious gaps, which we’re working to close.”

Steinmeier also told reporters that the negotiation atmosphere is constructive, but that must not mask the fact that “there is still a big gap between us in many aspects.”

Kerry has also had phone conversations with his counterparts from the United Arab Emirates (UAE), Bahrain, Qatar, and Kuwait. He also updated the foreign ministers of Canada and Turkey by phone on the nuclear talks.

They will also hold trilateral talks with US undersecretaries of state William Burns and Wendy Sherman, as well as Ashton’s deputy, Helga Schmid.