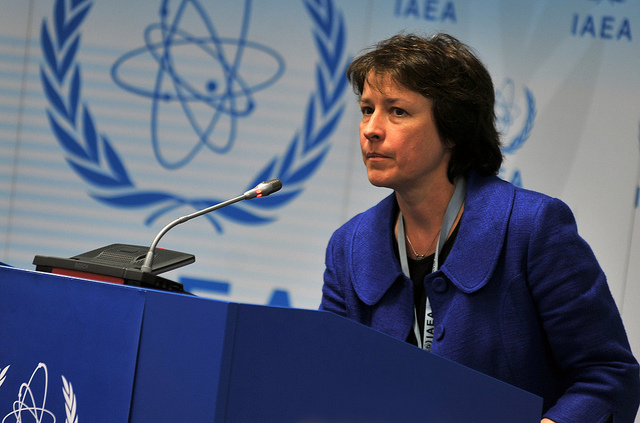 (Reuters) – The U.N. nuclear agency said on Friday it would discuss an Iranian offer for access to a region where explosives experiments may have taken place, but that it was not as straightforward as suggested by Tehran.

Iran told a board meeting of the International Atomic Energy Agency on Thursday it would let the IAEA visit the western Marivan region to prove that allegations about its suspected atomic bomb research were wrong and baseless.

However, the IAEA’s main priority for its long-stalled investigation into Iran’s nuclear program has been to go to another location, the Parchin military facility southeast of Tehran. Iran has so far refused access to Parchin.

“The situation regarding a visit to the Marivan region is not as simple as that conveyed by Iran. The agency will discuss the offer with Iran,” IAEA spokeswoman Gill Tudor said, without elaborating.

The exchange coincides with negotiations between Iran and six world powers – also in Vienna – aimed at reaching a comprehensive deal by Monday to end a 12-year dispute over the Islamic Republic’s nuclear program.

Western officials say Iran must step up cooperation with the IAEA’s long-stalled inquiry into allegations that it has worked on designing a nuclear bomb as part of a wider diplomatic deal.

IAEA Director General Yukiya Amano told this week’s board meeting that Iran had yet to provide explanations needed for the inquiry.

Iranian Ambassador Reza Najafi said suspicions of illicit nuclear related activity were based on “wrong and fabricated” information, which he said was provided by a few member states, an apparent reference to Israel and the United States.

To prove them wrong, Najafi said Iran would be ready to give the IAEA “one managed access” to Marivan, a region mentioned in an IAEA report in 2011 on suspected activities by Iran that could be relevant for developing nuclear weapons.

“Such alleged experiments could easily be traced if the exact site would be visited,” Najafi said, adding the size of the region was more than 2,000 square km and that the allegations were “fake”.

The 2011 report cited information from one member state – not identified – as indicating that “large scale high explosive experiments were conducted” in Marivan a decade ago.

In 2012, diplomats said an IAEA team visiting Tehran turned down a last-minute offer to go to Marivan as it was then unprepared for such a visit.