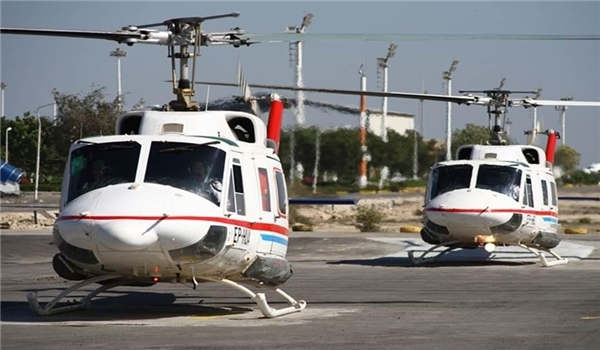 Official: Iran able to overhaul all types of Helicopters

“We can overhaul the country’s helicopters and check them after every three thousand hours of flying,” Azin told FNA on Saturday.

Elsewhere, Azin referred to Iran’s purchase of a US-made Bell 412 helicopter, and said the helicopter will join the country’s air fleet in 15 days.

Last November, the newly-overhauled SH3D combat helicopter came back into operation in a ceremony attended by senior Iranian commanders.

The helicopter came back into operation for the Navy after nearly 20 months of overhaul repairs and seven months of tests.

Iranian Defense Minister Brigadier General Hossein Dehqan announced in June that his ministry had overhauled 20 helicopters and brought them back into action for the country’s different military forces.

“The experts and staff of the Defense Ministry’s Aviation Industries Organization have overhauled 20 helicopters of the Armed Forces at PANHA (helicopter manufacturing) company and we are now observing their delivery to Iran’s honorable Armed Forces,” Dehqan said in Tehran.