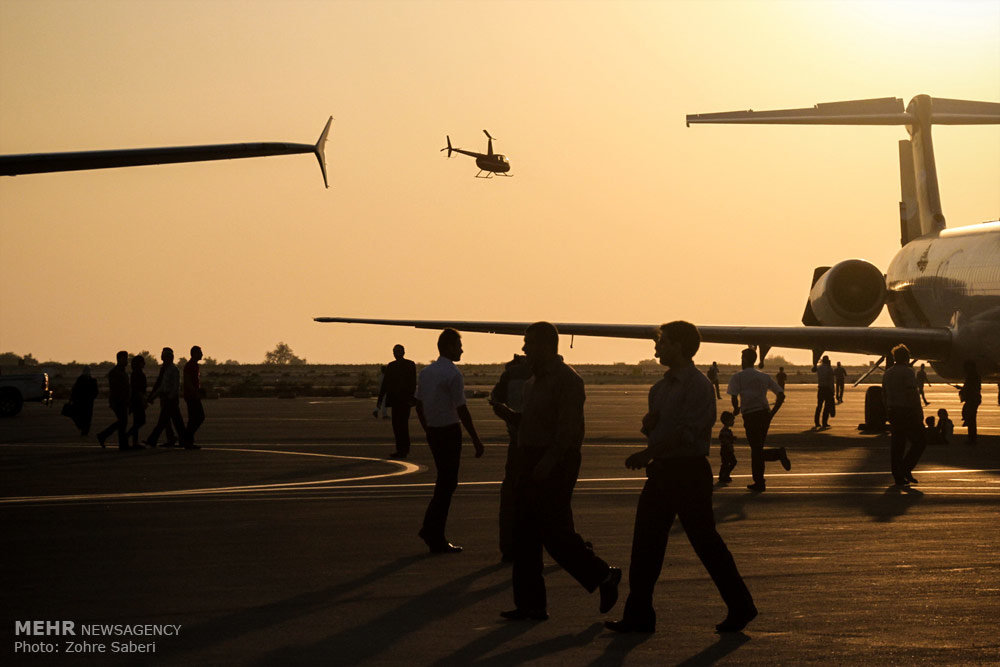 During the exhibition which was attended by 100 domestic and foreign companies from Oman, Italy, France, Sweden, China, Japan, Russia and Ukraine capabilities of domestic experts and latest technologies in this field were put on display.

In this exhibition domestic production, trade and research units together with foreign participants presented the latest achievements, equipment and parts of air aviation and related services to the visitors.

During the four-day event, 190 memoranda of understanding were signed between domestic and foreign companies.

Sorena is a 4-seat helicopter with a 300 HP power engine and has a flight speed of 160km. The helicopter is used for patrolling and training missions.

It has a flight duration of eight hours and effective operational radius of 250 kilometers.

The UAV can fly at an altitude of 15,000 feet and transmit images simultaneously to ground control stations or any other platforms.

The four-day 7th International Air and Aviation Industries exhibition kicked off on Kish Island on November 18.