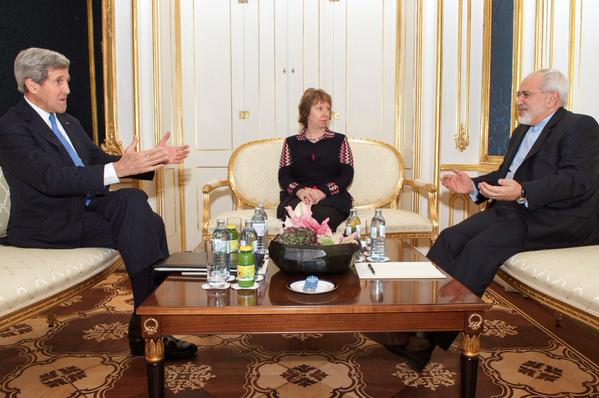 Vienna, Nov 22, IRNA – Iranian Foreign Minister Mohammad Javad Zarif, US Secretary of State John Kerry and EU coordinator Catherine Ashton on Saturday held their fourth round of trilateral talks in the fifth day of Vienna talks on outstanding issues about the nuclear dispute.

According to IRNA correspondent in Vienna, speaking to reporters prior to the meeting, the US secretary of state said that the two sides had made cautious progress.

Iran and the six world powers, widely known as the P5+1 – the United States, Britain, France, Russia and China plus Germany – have only two days left to a November 24 deadline for reaching a comprehensive deal to put an end to 11 years of nuclear dispute.

They have currently focused on the extent of uranium enrichment and a timetable to lift sanctions.

It seems that all the parties involved, particularly Iran and the United States, are making every effort to reach a Comprehensive Agreement.