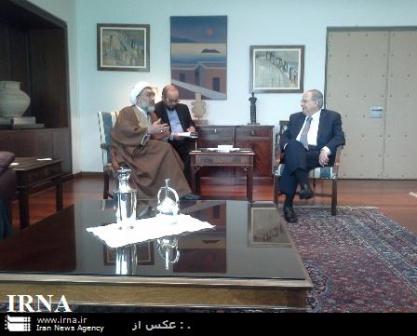 Iran urges cooperation of all states to tackle terrorism

He made the remarks in a meeting with Cypriot Foreign Minister Loannis Kasoulides in Nicosia.

Pointing to the current sophisticated situation in the Middle East and the world as well as the presence of extremist and terrorist groups in the region, the Iranian minister urged all countries to cooperate in fight against the ominous phenomenon.

He further praised Iran’s proposal known as ‘World Against Violence and Extremism’ (WAVE) which was approved overwhelmingly by the UN general assembly in 2013.

Iran does not trust certain trans-regional countries in fight against dangerous groups such as Daesh Takfiri group, he added.

Kasoulides, for his part, warned against threats by terrorism against the Western countries.

Cyprus believes in a political solution to Syria crisis and is against any “military resolve” to the regional issues, he reiterated.