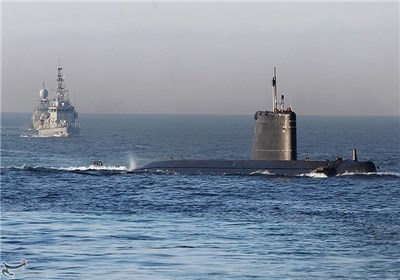 Speaking at a press conference in Tehran, held ahead of the National Navy Day, which falls on November 28, Sayyari said the upcoming drills will be held jointly with the air defense forces.

The large-scale naval exercises, codenamed “Velayat 93”, are slated to take place off the Coast of Makran, in the Sea of Oman, down to the 10-degree latitude, he said.

Naval drills are not rare in Iran’s southern waters, in the Persian Gulf and the Sea of Oman and around the strategic Strait of Hormuz, and are held regularly on an annual basis, usually around the end of the Gregorian calendar.

The Navy usually unveils a series of latest military equipment in its annual drills.

According to Sayyari, 2 anti-submarine helicopters, an anti-surface chopper and a hovercraft will join the Navy’s fleet in this year’s wargame.

In December 2012, the navy launched the Velayat 91 drills in a vast area covering the Strait of Hormuz, the Sea of Oman, northern Indian Ocean, the Gulf of Aden and Bab-el-Mandeb Strait.