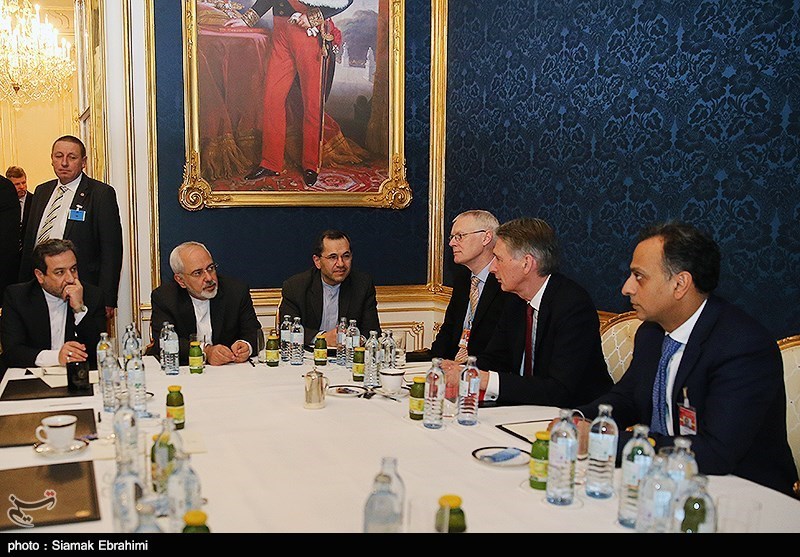 Deadlocked international talks aimed at defusing a 12-year standoff with Iran over its nuclear ambitions entered their cliffhanger final weekend Saturday, days before a deadline.

In a sign of the high stakes involved, US Secretary of State John Kerry and his Iranian counterpart Mohammed Javad Zarif stayed overnight Friday in the Austrian capital Vienna in a bid to break the deadlock in a year-long round of rollercoaster negotiations.

But both sides said the gaps remained wide in the negotiations for a historic deal in which Iran would curb its nuclear activities in exchange for broad relief from years of heavy international economic sanctions.

Kerry had initially planned to depart temporarily later Friday for Paris for consultations with his European counterparts before changing tack and holding a third late-night round of talks here with Zarif.

And Zarif had mulled returning Friday to Tehran for consultations but he was quoted as saying by his delegation later that there were no “significant” new proposals to make it worth the trip back home.

“We are running against the clock. Obviously, the deadline is Monday, and our folks there are working furiously to meet it… Serious gaps do remain,” White House spokesman Eric Schultz said in Washington.

The gaps were so wide that Britain and Iran have raised the possibility that a final deal would not be reached by Monday’s deadline, and a new set of negotiations launched.

Britain, the United States, Russia, China, France and Germany have been negotiating intensively with Iran since February to turn an interim accord reached a year ago into a lasting agreement by November 24.

Such a deal, after 12 years of rising tension, is aimed at easing fears that Tehran will develop nuclear weapons under the guise of its civilian activities — an ambition the Islamic republic hotly denies.

A source close to the Iranian delegation told AFP the negotiators aimed for something short of a comprehensive nuclear agreement.

“Everybody is trying to find an agreement on a general framework so that we can work and fine-tune the details,” the source said.

“There is no other scenario possible at this stage. Then we can give ourselves some time,” the source added.

British Foreign Secretary Philip Hammond had raised the possibility of a delay even if Kerry had said he intended to seal a deal here.

“We are not discussing an extension. We are negotiating to have an agreement. It’s that simple,” Kerry said in Paris Thursday before he went to Vienna.

Hammond left Vienna in the afternoon — saying there was still a “very significant gap” — but French Foreign Minister Laurent Fabius was still in the Austrian capital after meeting Zarif for an hour and a half.

“The prize for Iran is huge,” Hammond said. He called for more flexibility from the Iranians and said that “in return we’re prepared to show some flexibility on our side”.

Fabius, seen as one of the most hardline among the six powers, called on Iran to “seize this opportunity”.

Russian Foreign Minister Sergei Lavrov, a crucial player, said from Moscow that “all the elements are already on the table” for a deal and that all that was missing was “political will”.

Kerry later “updated Foreign Minister Lavrov on the state of negotiations” by phone, the US official said.

Iran believes that the onus on the side of the world powers to compromise. Zarif and President Hassan Rouhani both warned the powers not to sink the talks with “excessive demands”.

Some areas under discussion appear provisionally settled in what would be a highly complex deal that would run for many years, even decades.

But two key issues remain: enrichment — a process that renders uranium suitable for peaceful uses but also, at high purities, for a weapon; and the pace of the lifting of sanctions.

Iran wants to massively ramp up the number of enrichment centrifuges — in order, it says, to make fuel for a fleet of future reactors — while the West wants them dramatically reduced.

Kelsey Davenport, an expert at the Arms Control Association, said there was “still a lot of time until Monday at midnight”.

Comments indicating flexibility on both sides show that “both parties are coming into these final days willing to look at their positions and make some decisions about the remaining tough issues,” she told AFP.