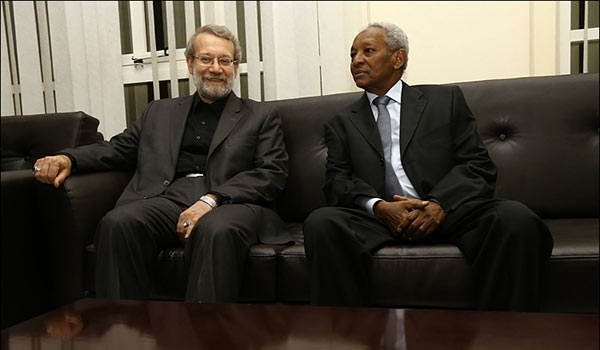 TEHRAN (FNA)- Iranian Parliament Speaker Ali Larijani and his Djiboutian counterpart Edris Arnato emphasized the need for both Tehran and Djibouti City to do their best to pave the ground for the further promotion of bilateral ties in all sectors.

Upon arrival in Djibouti City on Friday, Larijani said cooperation between Iran and Djibouti is developing and right now, there is extensive cooperation, especially in trade, between the two countries.

Larijani went on to say that Djibouti is located in an important area of the world.

Arnato, for his part, voiced his country’s enthusiasm for utilizing each and every capacity and potential to develop mutual cooperation.