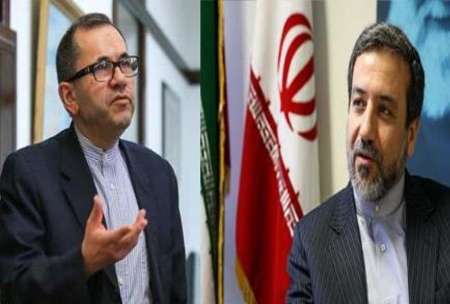 Vienna, Nov 22, IRNA – The fifth day of Iran-Group 5+1 nuclear talks begins Saturday with a meeting between deputy foreign ministers of the negotiating teams.

Iranian deputies foreign minister Majid Takht-e-Ravanchi and Abbas Araqchi are to confer with Sergey Rybakov of Russia at 11 o’clock local time. The meating will be followed by a trilateral discussion attended by the two Iranian diplomats, Helga Schmid, who represent the EU foreign policy chief, and US Under Secretaries of State William Burns and Wendy Sherman.

According to reports, US Secretary of State John Kerry who was about to leave Vienna for Paris is still in the Austrian capital.

German Foreign Minister Frank-Walter Steinmeier is also to arrive in Vienna within hours.

The two sides are tryig to reach an inclusive agreement by November 24.