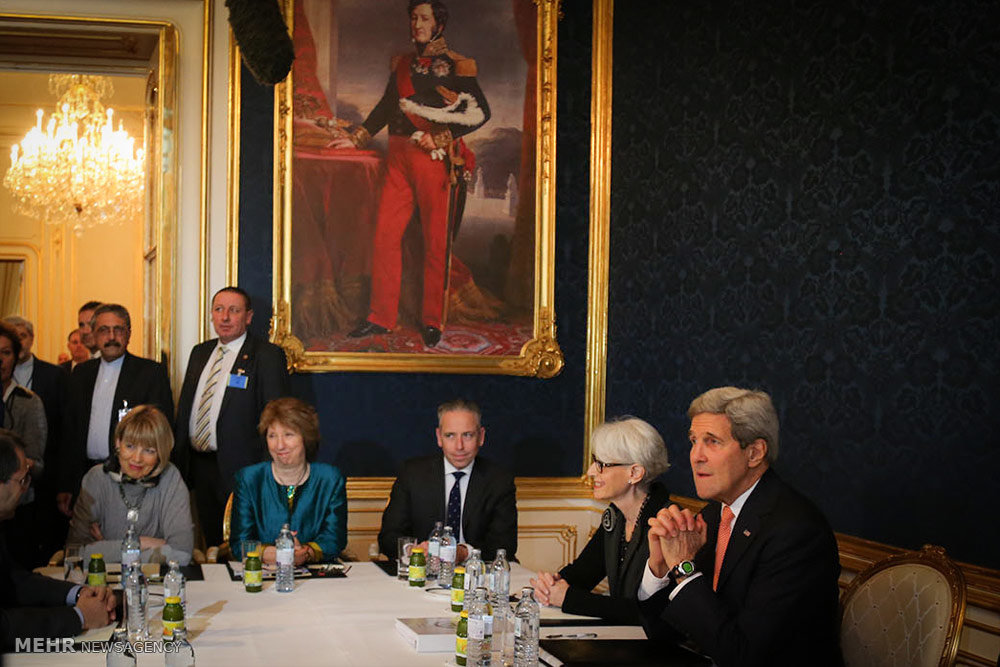 U.S. Secretary of State John Kerry decided Friday to pull back from nuclear talks in Vienna, leaving Iran’s foreign minister to ponder an apparent new proposal from Washington meant to bridge differences standing in the way of a deal with less than four days to deadline.

Iranian officials and media initially said Foreign Minister Mohammad Javad Zarif was also departing Friday, to Tehran to consult after meeting with Kerry earlier in the day. But the official IRNA news agency later quoted an unidentified Iranian nuclear negotiator in Vienna as saying Zarif was staying “and the talks will continue.”

The negotiator was quoted as saying that ideas proposed by the Americans were not yet ripe enough to warrant Zarif’s trip. It was unclear whether he planned to fly to Tehran later, before Monday’s deadline for a deal.

Kerry was heading for Paris. A U.S. statement said his “future travel schedule is still being finalized, and we have not yet determined when he will return to Vienna.” That suggested that he was waiting to see whether there was enough momentum to warrant him rejoining the talks.

The statement said Kerry will be consulting with European counterparts while in Paris. Diplomats said French Foreign Minister Laurent Fabius and British Foreign Secretary Philip Hammond were also leaving the Vienna talks after arriving earlier in the day.

Hammond held out hope for an agreement by Monday before meeting with Kerry and Fabius. At the same time, he told reporters that “we have a long way to go if we are to get to a deal before the deadline.”

Expectations are growing that the Monday deadline for a full deal will be missed because of differences on how much Iran needs to reduce the size and scope of key nuclear programs. Both the Iranians and the six world powers negotiating with them must soon decide whether to go beyond Monday or adjourn to a later date. They may also opt to end negotiations, but that is unlikely.

Officials from the U.S., Russia, China, Britain, France and Germany are seeking to reduce the potency of Iran’s nuclear program and slow its technical ability to produce atomic weapons. Iran denies seeking such arms, but is negotiating in pursuit of relief from international sanctions.