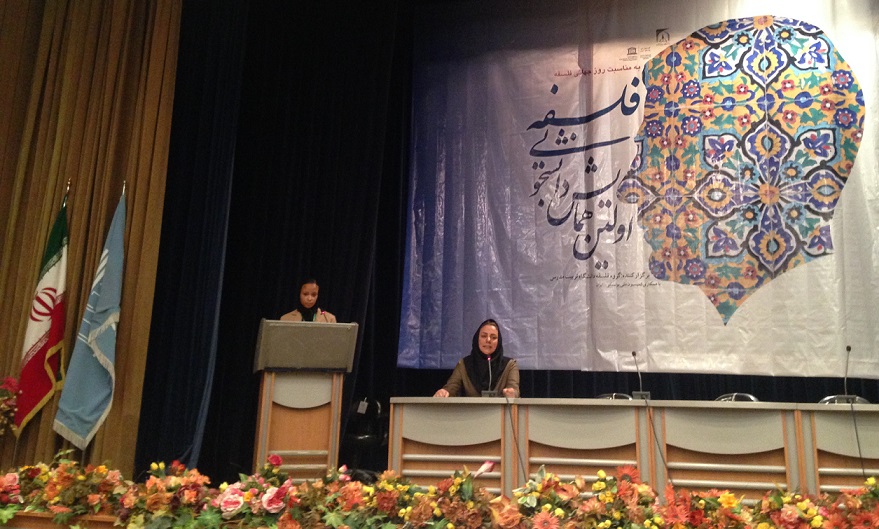 “If by speaking and expressing their view of the world, people change the world, then dialogue is the means by which people find significance in this” -Paulo Freire.

On the 19th of November, the Iranian National Commission for UNESCO and the Tarbiyat Modarres University jointly organized the first University Philosophy Students’ Forum.
During the opening session there were speeches by Dr. Mohammad Taghi Ahmadi, Dean of the University; Dr. Saeidabadi, Secretary-General of the Iranian National Commission; Ms. Esther Kuisch Laroche, Director and Representative of the UNESCO Tehran Cluster Office; and Dr. Saeidi Mehr, Secretary of the Conference.

Ms. Kuisch Laroche delivered the message of UNESCO’s Director-General on the occasion of World Philosophy Day.

“There is no genuine philosophy without dialogue and, in a globalized world, dialogue must embrace the diverse strands of wisdom that have influenced people throughout history and which are not always sufficiently detailed or documented in conventional textbooks. It is this genuine intellectual and philosophical pluralism that will enable us to identify the best viewpoints for the future”, she said.

The opening session was followed by several panel discussions on a variety of topics, such as new and contemporary philosophies, metaphysics, philosophy of ethics and religion. During these panels, selected students presented their papers which were discussed with the audience.

By The United Nations In Iran