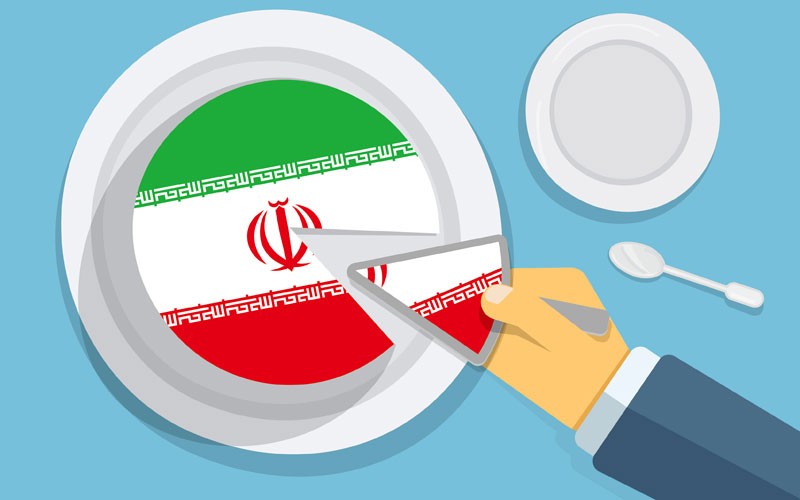 U.S. companies look for slice of the Iranian pie

A thawing of U.S.-Iran relations means American firms are doing more business with Iran, signaling what could be the start of a new era of U.S-Iranian commercial partnerships.

In October, U.S. aerospace giant Boeing, which had been banned for decades from doing business with Iran because of trade sanctions, sold parts worth $120,000 to Iran’s national carrier, its first sale to the Islamic Republic since 1979. A slight easing of sanctions meant that Boeing was permitted by the U.S. Treasury Department to sell aircraft manuals, drawings, navigation charts and other data to Iran Air purely for safety purposes. General Electric was also given the green light to service 18 engines sold to Iran in the late 1970s.

Boeing and GE are hoping to do more business in Iran and, like many other American companies and investors, are eagerly awaiting the outcome of talks on the Islamic Republic’s nuclear programme taking place in Vienna. Investors are crossing their fingers that negotiations between Secretary of State John Kerry and Iranian foreign minister Mohammad Javad Zarif will lead to a removal of sanctions that have significantly impeded trade between the U.S. and Iran, the world’s largest and 18th largest economies respectively.

The Boeing deal is reflective of the slow revival of trade and investment relations between the two nations, which were important trading partners up until the 1979 Islamic Revolution. Diplomatic ties have been on the mend since moderate cleric and former diplomat Hassan Rouhani took power last year. Acutely aware of the need for foreign investment and stronger commercial relations with the West in order to unlock his country’s true economic potential, business-friendly president Mr Rouhani has taken a new approach to foreign policy and attracting foreign capital. He has urged Western companies to seize the vast array of opportunities that Iran offers across several sectors, such as energy, mining, manufacturing, ICT and agriculture.

In 2013, trade between the U.S. and Iran stood at $315 million, up 35% since 2011. This year U.S. companies have also made large investments in the Islamic Republic’s electricity and pharmaceutical sectors, signaling what could be the start of a new era of U.S-Iranian business partnerships. In July, World Eco Energy signed an agreement to invest $1.175 billion in a project that will generate 250MW of power per day by turning solid waste into power, helping the oil-rich Iran to diversify its energy mix. It is expected that the project will generate up to 2,650 jobs over the next two to three years. World Eco Energy’s investment will be matched by a group of Iranian partners.

In February, Merck Sharp & Dohme, a major pharmaceutical company, signed a deal to manufacture medicines in Iran. Eager to get a piece of Iran’s lucrative pharmaceutical market (worth $3.51 billion in 2012 and expected to grow 8% per annum), the company agreed to lower its prices by 30 or 40% in order to clinch the deal with its Iranian partners.

For foreign investors, Iran represents a market of 77 million people, the majority of whom are under 30, have money to spend and are hungry for international brands. Its strategic location and developed infrastructure means it can also serve as a base to reach a market of 400 million in the region. The Tehran stock exchange is the second largest in the Middle East; it rose 130% last year and is virtually untapped by foreign investors (only 0.5% of Iranian stocks are held by foreigners). The country’s natural resources are abundant: it has the world’s fourth largest oil reserves, the world’s largest proven natural gas reserves and 57 billion tonnes of potential mineral reserves worth $770 billion. It is no wonder that U.S. companies and investors are eager to get a piece of the Iranian pie. If the Vienna talks go their way, they could be soon cutting themselves a slice.