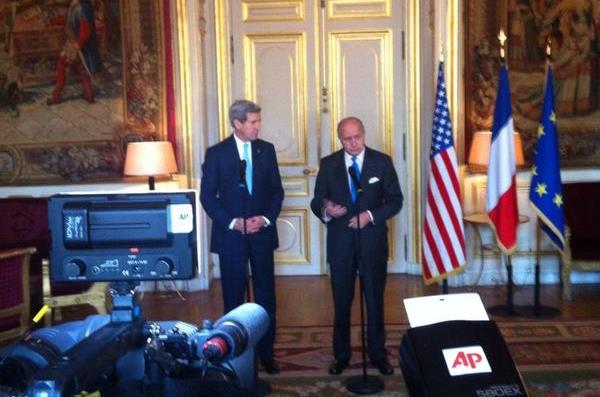 (Reuters) – French Foreign Minister Laurent Fabius and his U.S. counterpart, Secretary of State John Kerry, acknowledged on Thursday there was some way to go to iron out differences with Iran over its nuclear program.

“Important points of difference remain,” Fabius told a joint news conference in Paris with Kerry, who said he shared Fabius’ view and noted that the major powers meeting Iranian officials this week in Vienna had a united approach.