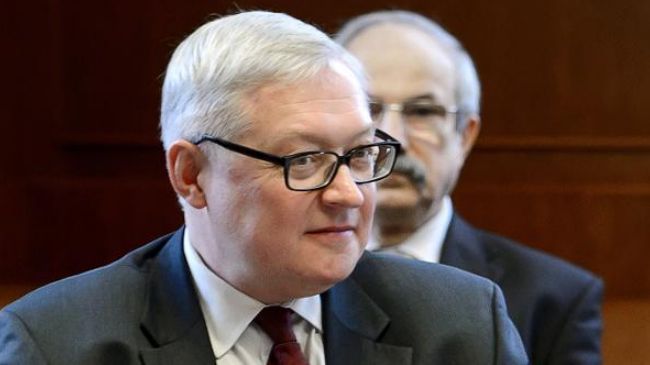 Vienna, Nov 20, IRNA – Under the current conditions achieving an agreement will be very tough, unless a new move is made, Russian Deputy Foreign Minister Sergei Ryabkov said here Thursday.

“The negotiations are pursued amid a very serious atmosphere, full of tension,” said Ryabkov according to the IRNA reporter here, in an interview with his country’s RIA Novosti news agency.

He added that the time is flying and multilateral meetings are being held in Vienna.

The quadrilateral meeting was held prior to the arrival of US Secretary of State John Kerry to Vienna aimed at joining the talks.

The nuclear talks between Iran and members of the G5+1 (US, Britain, Russia, France and China plus Germany) will end on November 24, the deadline to reach a comprehensive settlement.

Zarif told reporters upon his arrival in Vienna on November 13 that this is the ‘last phase’of the nuclear talks.

Zarif, Kerry and Ashton began a trilateral meeting at 8:30 pm local time, which is still going on.

The British and French foreign ministers, too, are scheduled to join this meeting, and they will each have separate meetings with Zarif on Friday.