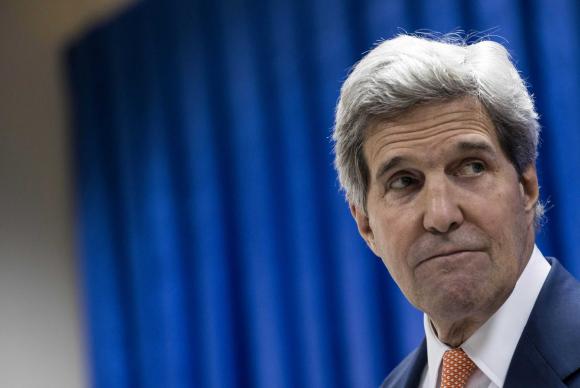 PARIS (AP) — The State Department says U.S. Secretary of State John Kerry will travel to Vienna later Thursday to join high-level nuclear negotiations with Iran as a deadline for an agreement fast approaches.

State Department spokeswoman Jen Psaki (SAH’-kee) says Kerry will meet Thursday evening with the U.S. negotiating team in Vienna before talks with others. Psaki spoke shortly after Kerry held talks in Paris with the Saudi foreign minister and before he was to see his French counterpart.

U.S. Secretary of State John Kerry has landed in Paris for talks with the French and Saudi foreign ministers as part of a last-minute push to secure a nuclear deal with Iran.

Kerry arrived in the French capital Thursday from London, where he had two days of Iran-related meetings with his counterparts from Britain and Oman. Meanwhile, high-level negotiations with the Iranians are continuing in Vienna, with diplomats racing to beat a Monday deadline to seal a deal.

At some point, Kerry plans to join the talks in Vienna, but it was not clear if he would do so later Thursday or Friday.