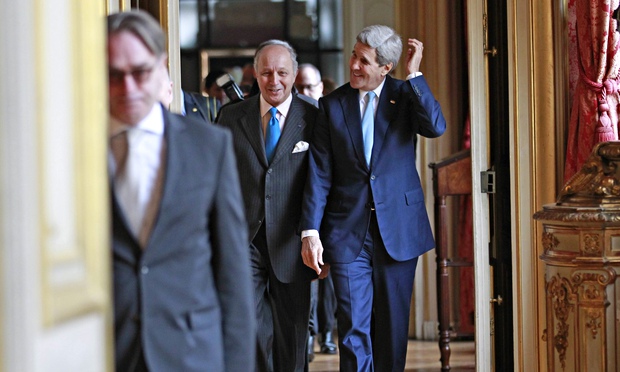 John Kerry, right, with Laurent Fabius, the French foreign minister, who has been sceptical over Iran’s nuclear intentions. Photograph: Reuters

The US secretary of state, John Kerry, arrived at nuclear talks with Iran in Vienna on Thursday, insisting negotiators were focused on reaching agreement by the Monday deadline.

Kerry was responding to remarks on Wednesday by his British counterpart, Philip Hammond, who suggested that the deadline would have to be extended.

“We are not discussing an extension. We are negotiating to have an agreement. It’s that simple,” Kerry said in Paris before boarding the flight to Vienna. “I know that secretary Hammond is concerned about the gaps. We all are.