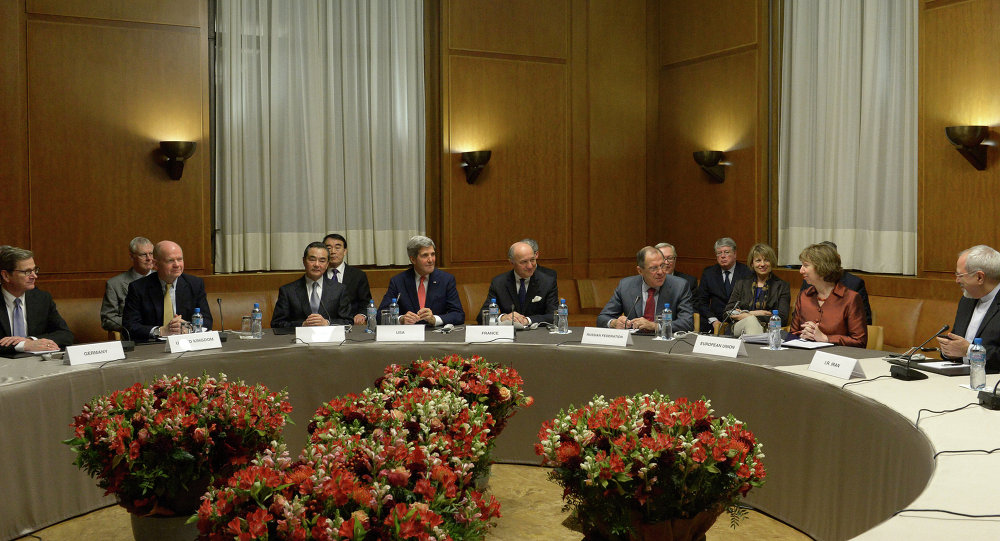 On Thursday morning, members of the Iranian delegation held talks with Western negotiators.

Representatives from Iran and the Group 5+1 (five permanent members of the United Nations Security Council – China, Russia, Britain, France, and the United States – plus Germany) are engaged in negotiations in Vienna to hammer out a long-term deal over Tehran’s nuclear program.

On Wednesday, Iran and the sextet of world powers opened the second day of talks as part of their last round of negotiations to reach a nuclear agreement before the November 24 deadline.

Meanwhile, Britain’s foreign secretary, Philip Hammond, has been quoted as saying that a nuclear deal with Iran is unlikely to be completed on schedule by next Monday but there may be enough progress to warrant extending the deadline.

“I’m not optimistic that we can get everything done by Monday,” Hammond told reporters during a visit to the Latvian capital, Riga.

“But I think if we make some significant movement we may be able to find a way of extending the deadline to allow us to get to the final deal if we’re making good progress in the right direction.”