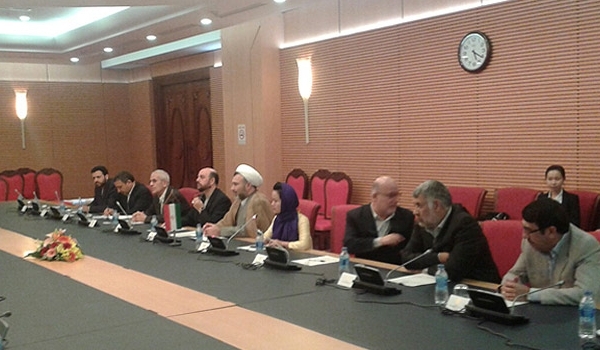 “The Iranian nation will never give up its right to the peaceful use of the nuclear technology,” Sobhaninia said in a meeting with Vietnamese deputy foreign minister in Hanoi on Tuesday evening.

The senior legislator pointed to Iran’s nuclear negotiations with the six world powers, and said, “The Islamic Republic of Iran is serious in its talks with the Group 5+1 (the five permanent UN Security Council members plus Germany) and it has taken very good confidence-building measures in this path.”

Sobhaninia reiterated that achieving a final agreement will be possible in case the other side proves to be serious.

On Tuesday, Iranian Foreign Minister Mohammad Javad Zarif underlined that the standoff over Iran’s nuclear energy program can easily be resolved if the six powers involved in the talks show the same political will that Iran has to remove the differences.

“As we have said since the very first day, if the other side shows political will for reaching a solution, numerous proposals exist and have been raised to make sure that Iran’s nuclear program is peaceful,” Zarif told reporters upon arrival at Vienna airport.

The G5+1 should take hard decisions in order not to define meaningless redlines during the negotiations to satisfy the pressure groups, he said, adding that such redlines are helpful neither to the settlement of this problem nor to non-proliferation.

Zarif underscored that his team of negotiators had come to Vienna with determination to reach proper results which both meet the Iranian nation’s interests and obviate the legitimate concerns of the international community.

Iran and the six major world powers have already held 9 rounds of nuclear negotiations after inking an interim agreement in Geneva on November 24, 2013, and have only one more week to strike a final deal before the November 24 deadline.

They have already held one round of talks in Muscat, Oman, seven rounds in Vienna, and one more round in New York and on the sidelines of the UN General Assembly.

The new round of talks between Iran and the world powers is due to be held in Vienna on Thursday.