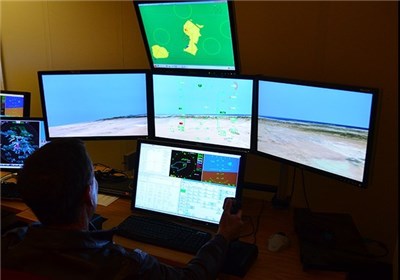 The homegrown device was put on display at the 7th edition of Iran’s International Exhibition of Aviation and Aerospace Industries held on the Persian Gulf island of Kish.

Four of such simulators have been manufactured by Iran’s Aviation Industries Organization, an official said.

The new product is specifically helpful in training students in pilot courses.

The one unveiled in the exhibition has been configured to simulate flight conditions of the indigenous Ababil 3 drone.

Ababil 3 is a pilotless aircraft which can be used for military, research, environmental and trade purposes.

The drone can reach altitudes as high as 15,000 feet and has a flight endurance of 8 hours. It was first used in a military aerial exercise back in December 2013.