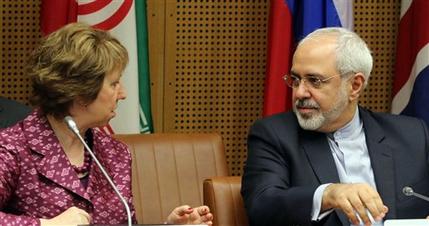 TEHRAN (Tasnim) – A source close to Iran’s team of negotiators involved in the nuclear talks with six world powers dismissed as untrue earlier media reports that the two sides have agreed to extend a deadline for talks over Iran’s nuclear program.

The media reports about the extension of talks between Iran and the Group 5+1 (the five permanent UN Security Council members plus Germany) over Tehran’s peaceful nuclear program until March 2015 “are not true,” the source said on Wednesday.

“Given the existing sensitivity of the negotiations, some media outlets have become active in making false news based on incorrect speculations,” the source said on condition of anonymity, and asked the Iranian media to prevent impacts of such reports on the country’s public opinion.

The remarks came as the Japanese daily newspapers Asahi Shimbun, citing an Iranian official, had claimed that the nuclear talks have been extended until March 2015.

The development came as diplomats from Iran and the Group 5+1 (Russia, China, the US, Britain, France and Germany) are in Vienna to hammer out a final, long-awaited agreement to resolve the West’s decade-old standoff over Iran’s civilian nuclear work.