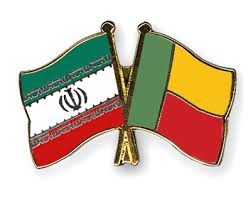 TEHRAN (FNA)- Senior officials from Iran and Benin vowed to do their best to utilize each and every capacity and potential in both countries to expand mutual cooperation between the two nations.

In a meeting between Iranian President’s Chief of Staff Mohammad Nahavandian and Beninese Foreign Minister Nasirou Bako on Tuesday, the two officials called for advanced relations between Tehran and Porto-Novo in various economic, cultural, scientific and political domains.

Bako said in the meeting that exchange of high-ranking delegations between Iran and Benin indicates the high level of bilateral ties.

He went on to say that the Beninese government and nation have much confidence in the Iranian government and brave nation, as it has all the time witnessed its resistance over its interests, dignity and independence.