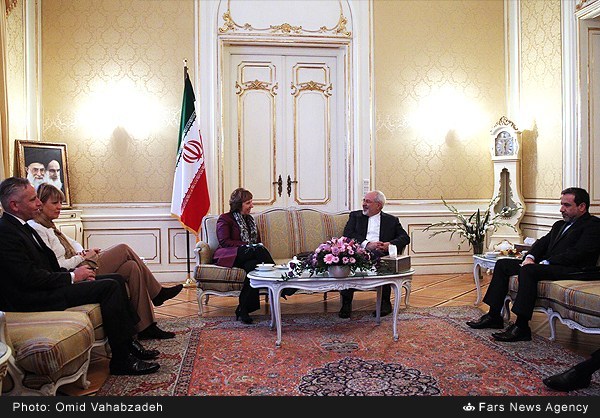 In the absence of a deal by Nov. 24, atmosphere of Iran-US talks will change

Ali Khorram, a former Iranian diplomat, says failure to strike a comprehensive deal in Vienna would be the worst possible scenario for nuclear negotiations.

Fararu.com, a news website on November 15 posted an interview with Ali Khorram, an advisor to Foreign Minister Mohammad Javad Zarif, about his take on ongoing nuclear talks in Vienna between Iran and world powers. What follows is a partial translation of what he had to say in the interview headlined Worst-case scenario in nuclear talks:

Iran and P5+1 should clinch a comprehensive deal during the time left, because with Republicans securing a majority of seats in Senate and taking over Congress, it will be more unlikely for Iran and the Obama administration to secure a win-win agreement later. In case of failure to strike a deal, things might get out of the Obama administration’s hand, lessening the chances of an agreement in the future.

Sanctions against Iran were the main obstacle in the way of an accord in the previous round of negotiations in Vienna, and the proposal put forth by the US did not sound viable from Iran’s perspective.

In fact, America wants some sanctions to be suspended while Iran underlines that following a comprehensive agreement, sanctions must be lifted outright in line with steps to build mutual trust.

President Rouhani has explicitly said that the Islamic Republic of Iran has displayed enough flexibility so far and it’s time for the other side to demonstrate adjustability and not let issues at home influence the talks.

Talks in Vienna might have three outcomes: The two sides might reach an agreement and strike a deal over the time left.

Another possibility is that they might agree over the general outlines of the proposed plans and ask for more time to work out the details. In that case, one can still say a comprehensive deal has been cut, but three to four more weeks will be needed to finalize its wording.

The third possibility is failure to ink an accord. That would happen if America failed to provide Iran with guarantees about what would become of sanctions, particularly those imposed by Congress.

More restrictions on Iran’s nuclear program would leave Iran with no motivation to take more confidence-building steps. If Iran and P5+1 fail to strike a final, comprehensive deal, they would be left with no option except leaving the talks for a while which would be the worst possible scenario.