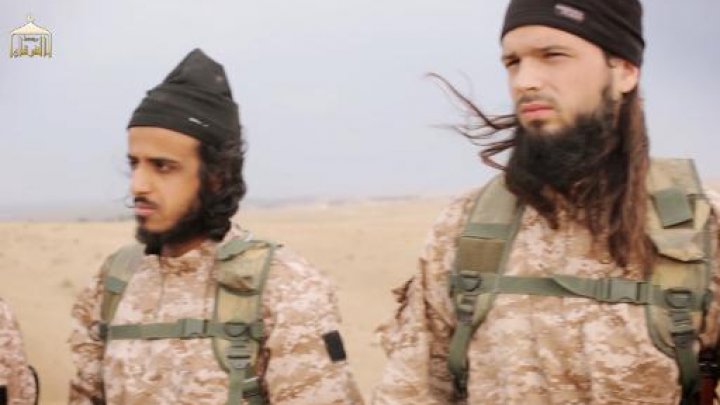 CANBERRA (AFP) – French President Francois Hollande on Wednesday confirmed that two Frenchmen had been identified as suspects in an Islamic State video showing the beheading of Syrian prisoners.

The men are seen in the brutal clip released by the IS group on Sunday which features the killing of 18 Syrian prisoners and a US aid worker.

“All we can say for now is that there were two French people,” he told a press conference in Canberra alongside Australian leader Tony Abbott.

“One has been categorically identified and the other one is in the process of being identified.”

French prosecutors have confirmed the first was 22-year-old Maxime Hauchard from Normandy in northern France but the identity of what they said was a possible second Frenchman was not given.

Hollande said it was not clear exactly what role the men played in the beheadings and that “the judicial system will have to establish this”.

French Interior Minister Bernard Cazeneuve said in Paris that Hauchard left for Syria “in August 2013 after a stay in Mauritania in 2012” after reportedly becoming radicalised online.

Around 1,000 French nationals are thought to have taken part in the conflict in Syria and Iraq, with around 375 currently there, the government has said. At least 36 have died there.

Hollande said the issue of foreign fighters and how they were being “brainwashed” was a major concern.

“They could be from any background, from any ethnic origin, but they easily can be brainwashed into becoming converts, and this is a very important matter,” he said.

“We must be vigilant, and we must be strong.

“We must be firm in terms of the networks and in terms of these foreign fighters themselves who will have to face the consequences of their actions before the judicial system when at one point or another they are able to be apprehended, whether in France or abroad.”