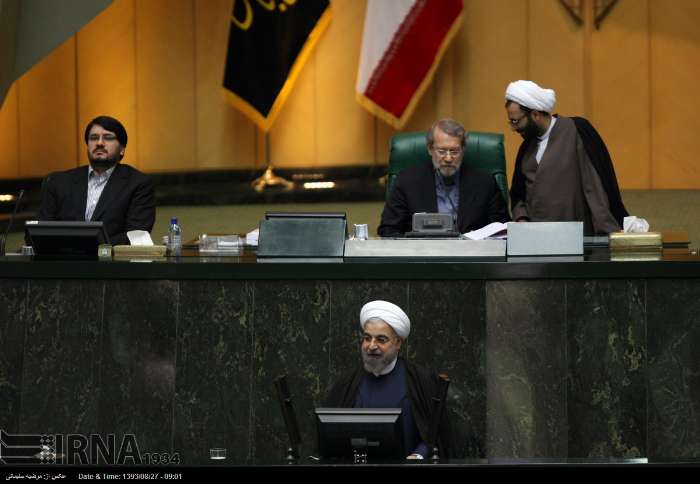 He made the remarks here Tuesday morning while addressing the open session of Majlis.

The President attended the parliament to support his nominee for the post of minister of science, research and technology.

The president, who is to highlight the qualifications of his proposed minister, said the government attached the highest importance to scientific and research progress of the country.

He said Iran tended to become a great scientific resource in the region first and then in the world.

The procedure of the session envisaged the right for both the pros and the cons of the candidate to make statement in the formal session.

Prior to voting, the nominee will explain his platform and give response to possible questions by the MPs.

Majlis in a public session on October 29 turned down President Rouhani’s third nominee for the post.

Mahmoud Nili Ahmadabadi failed to obtain a vote of confidence as 160 lawmakers voted against his appointment.

Minister of science, research and technology Reza Faraji-Dana was impeached and then dismissed by the parliament in August.