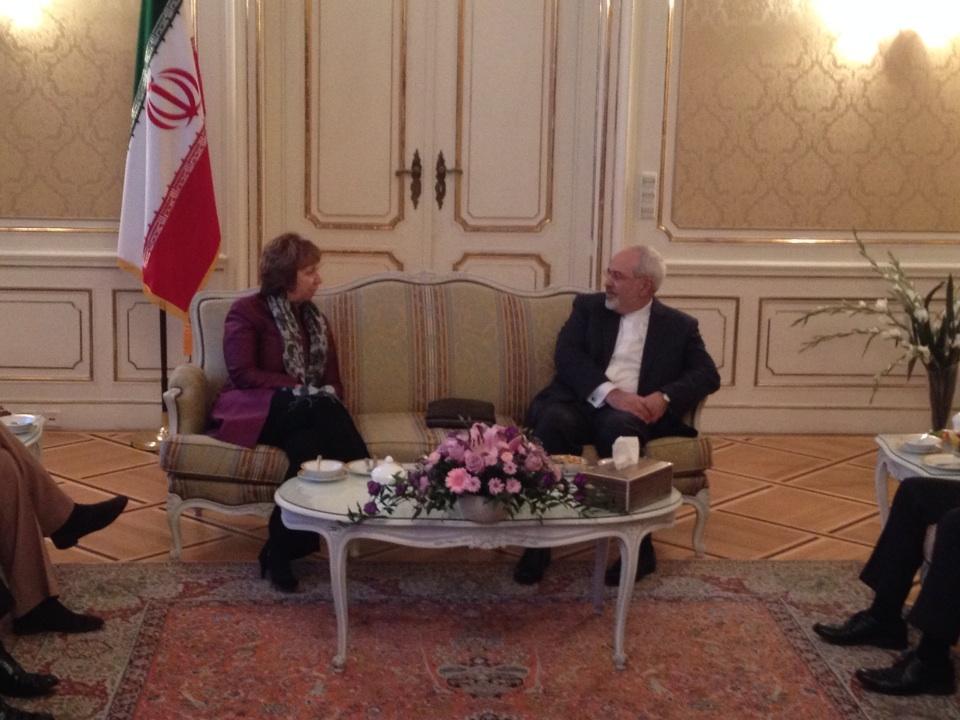 WASHINGTON, Nov 18 2014 (IPS) – In the United States, the negotiations aimed at a final deal between world powers and Iran over its nuclear programme—in a crucial phase this week—are far from the minds of average people. But for many Iranians, the talks hold the promise of a better future.

“I really hope for a fair agreement,” Ahoora Rostamian, a 30-year-old financial engineer living in the Iranian city of Isfahan, told IPS in a telephone interview.

“I have seen broad support and trust for [lead Iranian negotiator] Javad Zarif among the people…he may well be the most popular politician in Iran.” — Adnan Tabatabai

“It is very important both economically and politically…(A)lmost all sectors of industry are affected by the sanctions, and only the people, not the government, are paying the price,” he said.

From the capital city of Tehran, Mohammad Shirkavand, who expects a final deal to be signed by the Nov. 24 deadline, said it would “alleviate tensions and allow Westerners to get to know the real Iran.”

“Iran has been developing even under a massive sanctions regime, but when there is a final nuclear deal, the situation will be much better,” said the medical engineer and tour guide.

“People are indeed very hopeful,” Adnan Tabatabai, a Berlin-based analyst who regularly travels to Iran, told IPS. “I have seen broad support and trust for [lead Iranian negotiator] Javad Zarif among the people…he may well be the most popular politician in Iran.”

Iran and the P5+1 (the U.S., Britain, France, Russia, and China, plus Germany) began a marathon round of meetings Nov. 18 in Vienna aimed at achieving a final deal by next Monday.

That would mark the one-year anniversary of the signing in Geneva of the interim Joint Plan of Action, which halted Iran’s nuclear programme from further expansion in exchange for moderate sanctions relief.

All of the officials involved in the negotiation have insisted that a comprehensive agreement remains possible by the self-imposed deadline.

But three days of talks last week in Oman—which hosted initially the secret U.S.-Iran meetings in March 2013 that paved the way for unprecedented levels of bilateral exchanges—concluded without a breakthrough.

“The Iranian team went back to Tehran with new ideas from Oman and will have a chance to respond to them in Vienna,” Kelsey Davenport, the director for nonproliferation policy at the Washington-based Arms Control Association, told IPS.

“There’s still a week left, and that’s a lot of time on the diplomatic clock,” said Davenport, who closely monitors Iran’s nuclear programme. “The negotiators are committed to reaching a deal by the deadline, and it’s still possible.”

The details of the negotiations remain secret, but leaked comments to the press suggest that while the negotiators are close to a deal, they remain stuck on the size and scope of Iran’s uranium enrichment programme as well as the terms of the sanctions relief that would result from a final deal.

Iran wants to maintain enough centrifuges and other nuclear infrastructure to be self-reliant and reach industrial-scale production for what they insist is a civil nuclear programme by 2021. But the U.S. and its allies want Iran to significantly scale back its current operations.

The failure to sign a deal so far has left some in Iran feeling hopeless—though not about their negotiating team’s ability to push for the best deal.

“I am not very optimistic about a final deal because if the P5+1 were seriously determined to reach a deal they could have achieved that by now,” said Sadeghi, a 29-year-old student also from Isfahan. “They have previously proven that what they’re seeking is halting Iran’s peaceful nuclear activity, not a genuine deal.”

Back in Tehran, Sobhan Hassanvand, a journalist who closely monitors the talks for the Shargh News Agency, told IPS he expects at least a partial deal by the end of the month.

“On both sides there are rational people who want the deal… Both sides have shown some flexibility, and tried to fight hardliners,” he said.

“They have gotten this far, and the final steps can be breathtaking…I am hopeful and optimistic,” added Hassanvand.

The negotiating teams from both the U.S. and Iran, led by Acting Deputy Secretary of State Wendy Sherman and Foreign Minister Javad Zarif, respectively, face tough domestic opposition, with powerful adversaries working hard to get their demands onto the negotiating table.

Before the end of this week, committees in the U.S. House and Senate—both of which will be controlled by Republicans as of January—will hold a series of hearings focused on the alleged dangers of a “bad deal”.

Activist groups—both for and against diplomacy with Iran—have also scheduled briefings for Congressional staffers and reporters in the run-up to Nov. 24.

“There are some members of Congress who oppose a diplomatic solution with Iran,” Davenport told IPS. “Many of them are pushing for more stringent sanctions, but that will only drive Iran away from table and lead both sides down the path of escalation.

“But the majority of Congress needs to consider the alternative to a diplomatic resolution…if we don’t achieve a deal we could easily go down the path of another war in the Middle East,” she said.

U.S. President Barack Obama has also received strong criticism for allegedly sending a secret letter last month to Iran’s Supreme Leader, Ali Khamenei, that “appeared aimed at buttressing the campaign against the Islamic State and nudging Iran’s religious leader closer to a nuclear deal,” according to a Nov. 6 report in the Wall Street Journal.

Though the content of the reported letter has not been officially revealed, some U.S. Republican and hawkish Democratic politicians, as well as Israeli officials, described it as evidence of Obama’s desperation for a deal, particularly in light of the need for Iran’s cooperation in Washington’s efforts to “degrade and ultimately destroy” Islamic State forces in Iraq and Syria.

Meanwhile in Iran, the country’s ultimate decision-maker, Ayatollah Khamenei, once again expressed support last week for the country’s negotiating team through speeches and his Twitter account.

But he has also consistently expressed doubt about the Obama administration’s sincerity and its ability to negotiate for a fair deal, insisting that Washington is ruled by the Israeli government, which has made no secret of its opposition to Obama’s approach.

Iranian President Hassan Rouhani has also been the target of political grumblings by domestic powerbrokers for his handling of the nuclear issue. But last week saw many of his critics directing their distrust at the United States.

“In the nuclear debate, our key point is that we have complete trust with respect to the negotiating team, but this point must not be missed, that our opposing side is a fraud and a liar,” said Mohammad Hossein Nejatand, a commander of the revolutionary guards, on Nov. 14.

“Instead of writing letters, Obama should demonstrate his goodwill,” said Ayatollah Movahedi-Kermani during Friday prayers in Tehran.

“They are doing a good job…The problem is (that) the other side is not looking for a “deal,” but for Iran to give up,” said Sadeghi.

Tabatabai said Iranians were more likely to blame the U.S. than their own government if no deal is concluded.

“In that case people may conclude that whether Iran’s foreign policy is provocative or reconciliatory, the isolation and demonisation of their country will prevail,” he said.

“This is exactly the main argument of opponents of a deal in Tehran,” he added. “In their view, hostility towards Iran is a given—and if it’s not channeled through the nuclear file, another issue will be used to maintain enmity with Iran.”